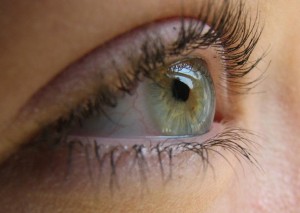 Natural Health News — Daily supplementation of lutein may improve eye health and night vision according to data from a recent study.

The one-year randomised double-blind placebo-controlled trial performed by Chinese researchers recruited 120 healthy people aged between 25 to 47 years, who spent an average of 10 hours per day driving during the two years before the study started.

The participants were randomised to receive either 20mg lutein per day or a placebo for one year.

Lutein, along with zeaxanthin, is a carotenoid that helps protect eye health. Both of these nutrients, which are naturally yellow in colour, are found in high levels in the macula, the part of the eye responsible for detailed central vision.

The macula can be seen as a yellow spot near the centre of the retina and it gets its colour from the high levels of these carotenoids stored in it. Its yellow colour means it absorbs excess blue and ultraviolet light that enter the eye, and functions as biological sunglasses.

The researchers measured visual acuity, blood lutein concentrations, visual performance and macular pigment optical density (MPOD, an indication of how much lutein is being stored in the macula), at regular intervals during the study.

Writing in the journal Nutrition the researchers noted that those taking the lutein had a small improvement in visual acuity (clear vision). More impressive was the significant rise in both serum lutein levels and central MPOD in those taking the supplement while no such changes were observed in the placebo group.

In addition, the researchers observed “significant increases in contrast and glare sensitivity,” especially in low light conditions. This, they said, suggested that supplementation with lutein may benefit driving at night and other visual tasks carried out under low light conditions.

Improvement in MOPD is important since a thin macular pigment lets in harmful blue light that destroys the eye cells (known as cones and rods).

Cones are used for vision in well-lit conditions, whereas the eyes switch over to rods for seeing in very low level light. Lutein and zeaxanthin are the only carotenoids with the unique ability to filter the harmful blue light that can damage cones and rods.

“The present findings” conclude the researchers ”provide convincing evidence that supplementation with lutein can significantly improve visual performance and vision related quality of life when ambient illumination is low”.

This finding echoes a large and growing body of human research showing that lutein can reduce the risk and incidence of age related macular degeneration, a major cause of blindness in the elderly. Adequate lutein, either through diet or supplements, can also slow down the formation of cataracts, a major cause of vision loss in the elderly. One small study has even suggested that lutein may improve vision in those with cataracts.

Getting more in your diet

More and more multivitamins now have added lutein, but usually in a very small amount of 0.25 mg per tablet; far below the amount used in human clinical trials which is in the 10-20 mg per day range.