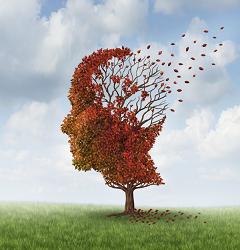 Proof that omega-3 supplements can reach the brain

The findings, published presented in the Journal of Internal Medicine, could have implications for the use of omega-3s as a treatment for diseases such as Alzheimer’s, according to Swedish researchers.

Previous studies have shown that Alzheimer’s patients have lower levels of a key omega-3 fatty acid in the cerebrospinal fluid (the liquid that surrounds the central nervous system).

According to lead author Dr. Yvonne Freund-Levi “Earlier population studies indicated that omega-3s can protect against Alzheimer’s disease, which makes it interesting to study the effects of dietary supplements containing this group of fatty acids in patients who have already developed the disease,”

So the researchers wanted to learn how far in the nervous system omega-3 fatty acids might travel and whether a person’s diet could make a difference.

In particular they were interested to find out if fatty acids have the ability to cross the brain’s protective blood-brain barrier, which shields the brain from chemicals found elsewhere in the body.

In the small six-month study, 18 patients with mild Alzheimer’s disease took a daily omega-3 supplement while 15 patients took a placebo.

Those who took supplemental omega-3 were found to have higher levels of two major forms of omega-3 fatty acids in their cerebrospinal fluid – docosahexaenoic acid (DHA) and eicosapentaenoic acid (EPA). There was no change in the placebo group.

Concentrations of DHA in cerebrospinal fluid were directly linked to the degree of change in Alzheimer’s disease symptoms and in markers of inflammation in the fluid – an important finding given that reducing inflammation is one way of slowing the progression of Alzheimer’s.

This encouraging finding, say the researchers, is a first step. More work remains to be done before we know how useful fatty acid supplements could be used in the treatment specific symptoms of Alzheimer’s such as memory loss.”