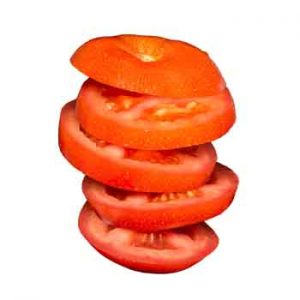 Tomatoes - especially when they are cooked - are a rich source of the antioxidant lycopene. [Image: Bigstock]

Lycopene and lutein – UV protection from within

Natural Health News — A daily supplement containing the antioxidants lycopene – found in tomatoes – or lutein – found in green leafy vegetables like spinach and kale – could help protect skin from the damaging effects of UV exposure according to a new study.

Both of these nutrients belong to the carotenoid family and, according to the report, supplementation changes the way that certain genes, which act as indicators of oxidative stress, photodermatoses and photoageing.

Researchers from IUF – Leibniz Research Institute for Environmental Medicine in Dusseldorf, studied the effect of different supplements in 65 volunteers whose skin was exposed to two types of UV light, UVA1 and UVA/B.

Compared with no treatment, both the lycopene and lutein significantly reduced the activity of ‘indicator genes’ in the skin. These genes act as markers of photoageing and inflammation – two key signs of damage inflicted by sunlight.

However, of the two nutrients, lycopene was found be more active across a wider range of indicator genes.

» German researchers report that supplementation with the carotenoids lycopene and lutein could help protect skin from UV damage.

» Both nutrients were found to change the way that certain genes, which act as indicators of oxidative stress, photodermatoses and photoageing.

» Of the two nutrients, lycopene was found be more active across a wider range of indicator genes.

The study results support the idea of beauty and healing from within, though researchers say they are still uncertain how these nutrients work interact with genes. Most likely, they say it involves antioxidative mechanisms.

“These findings are of obvious clinical relevance because UVA1 radiation is well known to contribute to photo-aging and photocarcinogenesis in healthy human skin and to be an important trigger for the most frequent photodermatosis, i.e. polymorphous light eruption,” they wrote in the British Journal of Dermatology.

“Therefore, we suggest that oral supplementation with lycopene-rich TNC and with lutein may be efficient in inhibiting UVA1 radiation-induced oxidative stress responses.”

Lead researcher Prof Jean Krutmann, adds: “Our study further supports the concept that dietary strategies are beneficial for human skin in general and that nutritional supplements of the exact kind used in this study are very effective in providing protection against UVA radiation-induced skin damage in particular.

Lycopene can be taken as a supplement or in food. In the diet, lycopene is more bioavailable in cooked/processed tomato products and in one 2001 study, people who added 40g of tomato paste and 10g of olive oil to their main meal for ten weeks showed a 40% reduction in sunburn levels compared to people who added 10g of olive oil but no tomato paste.

In a similar study in 2008 researchers estimated the equivalent SPF (which only relates to UVB exposure) of consuming five tablespoons (55g) of standard tomato paste with 10g of olive oil every day to be around 1.3. That may not sound like much but the SPF scale is not linear.

An SPF of 2 (the lowest you can find on the marketplace) blocks around 50% of UVB. An SPF of 1.3 would block around 20%. So while eating more tomatoes may not prevent all burning and sun damage, this evidence suggests getting more lycopene could be a significant way of protecting your skin from within against premature skin ageing due to sun damage.

Tomatoes - especially when they are cooked - are a rich source of the antioxidant lycopene. [Image: Bigstock]