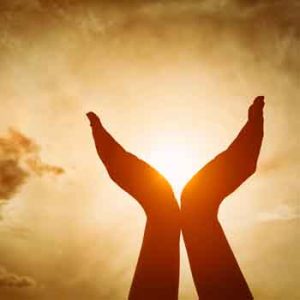 Ensuring everyone has adequate intake of vitamin D could help cut the incidence of colds by up to 50%. [Photo: Bigstock]

Natural Health News — More than three million people across the UK could reduce their risk of colds or flu every year if everyone took vitamin D supplements, experts have said.

The very large study, led by academics from Queen Mary University of London (QMUL), analysed data from almost 11,000 participants aged up to 95 who took part in 25 clinical trials conducted in 14 countries, including the UK.

Results suggest that taking vitamin D – also known as the sunshine vitamin – may have benefits beyond bone and muscle health and could protect against acute respiratory infections.

» A large body of evidence shows that most people in the UK don’t get enough vitamin D – an essential nutrient involved in healthy bones and muscles but also involved in supporting the immune system.

» A new analysis suggests that overall we could help prevent 12% of colds each year with vitamin D supplementation. In those who are severely deficient this number rises to 50%.

» The authors say that fortifying food – a controversial approach – may be one way to ensure everyone gets enough.

Cutting colds by half

Overall, the researchers found that vitamin D supplementation resulted in a 12% reduction in the proportion of participants experiencing at least one acute respiratory tract infection.

Writing in the British Medical Journal they said: “Our study reports a major new indication for vitamin D supplementation: the prevention of acute respiratory tract infection.”

In-depth analyses among specific groups showed that the protective effects were strongest among those with severe vitamin D deficiency (less than 25 nmol/L baseline blood levels). In this group supplementation cut the risk of acute respiratory tract infection by 50%.

In addition, benefit of vitamin D was greater in those receiving daily or weekly doses without additional large (bolus) doses.

Lead researcher Professor Adrian Martineau, from QMUL, estimated that “…daily or weekly vitamin D supplements will mean 3.25 million fewer people would get at least one acute respiratory infection a year.”

The researchers suggest that their results “add to the body of evidence supporting the introduction of public health measures such as food fortification to improve vitamin D status, particularly in settings where profound vitamin D deficiency is common.”

Whether food fortification – which is a very imprecise way of supplementing – is the answer remains to be seen. But what is clear is that many of us are not getting enough vitamin D. In fact, in 2015 Public Health England said that people were generally not getting the recommended 10mcg of vitamin D a day from sunlight in winter. European officials have come to the same conclusion.

The best way to improve your vitamin D status is with regular exposure to sunshine. Unfortunately too many of us simply don’t or won’t go outdoors to get what we need.

We can also get vitamin D from some foods including red meat, liver, tuna, herring, salmon, shrimp and mushrooms. Vitamin D is also often added to milk, cereal, and yogurt. Eggs (specifically egg yolks) are a good source and recent evidence show that eggs organic and free range hens have up to 42% more vitamin D in them

Ensuring everyone has adequate intake of vitamin D could help cut the incidence of colds by up to 50%. [Photo: Bigstock]