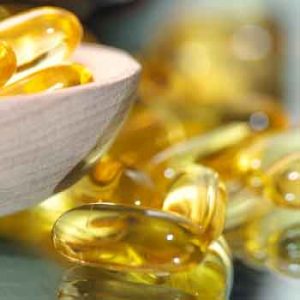 Getting enough omega 3 - either from food or supplements - can help you live longer. [Photo: Bigstock]

Omega-3 could help you live longer

Natural Health News — A new study has shown that older women with the highest omega-3 levels in their blood are less likely to die early from any cause.

The study analysed data from more than 6,500 women aged 65-80 who participated in the Women’s Health Initiative Memory Study, which began in 1996.

The women’s PUFA levels were measured in 1996 and then their health and causes of death, were tracked through August 2014.

Over an average 15-year follow-up period per woman, the researchers found that those aged 65 to 80 with the highest omega-3 blood levels were 20% less likely to die from any cause than those in the lowest levels. This was true even after adjusting for a wide variety of lifestyle and other factors that can hasten death such as smoking, physical activity and history of cardiovascular disease.

Furthermore, women who died during the follow up period were more likely to have lower omega-3 status then those who lived.

“This is the largest – but far from the only – study to confirm that blood levels of EPA and DHA omega-3 fatty acids, in this case the omega-3 index [a measure of EPA and DHA levels in red blood cells], are independent predictors of risk for death,” said Dr. William Harris, lead author of the study. “These findings support the view that higher EPA and DHA omega-3 levels are associated with better overall health.”

» For women maintaining adequate omega-3 intake could help prevent early death from any cause.

» When US scientists followed 6500 older women for up to 15 years, they found those with the highest omega-3 blood levels were 20% less likely to die from any cause than those with the lowest levels.

» This finding held true even after adjusting for other factors that can hasten death.

Most aren’t getting enough

To put the results of this study in context, recent evidence suggest that around 80% of Americans have less omega-3 in their blood than was found in the healthiest women in this study,

Another 2016 paper confirmed this is not just a US phenomenon. It found that very low omega-3 levels “were observed in North America, Central and South America, Europe, the Middle East, Southeast Asia, and Africa.”

Although this study was observational and did not analyse the effect of a specific intervention, the authors estimated that intakes of approximately 1g of EPA and DHA per day were required to increase omega-3 status from the lowest levels observed in this study to the highest.

This can be done by supplement or in food terms it is equivalent to two and a half to three salmon fillets per week.

The FDA considers dosages of EPA and DHA up to 3g per day Generally Recognized as Safe (GRAS), a higher level than the 1g per day estimated as a requirement to move from the lowest to highest level of omega-3 status in this study.

Getting enough omega 3 - either from food or supplements - can help you live longer. [Photo: Bigstock]