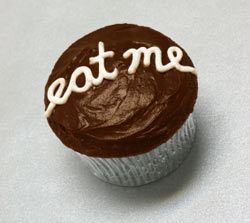 Eating a high fat meal when you are stressed - even if it contains 'healthy' fats - can significantly slow your metabolism down, say scientists

Natural Health News — A new study in women suggests that experiencing one or more stressful events the day before eating a single high-fat meal can slow the body’s metabolism, potentially contributing to weight gain.

Researchers questioned 58 women about the previous day’s stressors before giving them a meal consisting of 930 calories and 60 grams of fat.

The scientists then measured their metabolic rate – how long it took the women to burn calories and fat – and took measures of blood sugar, triglycerides, insulin and the stress hormone cortisol.

The most common reported stressors were interpersonal in nature: arguments with co-workers or spouses, disagreements with friends, trouble with children or work-related pressures.

On average, the women in the study who reported one or more stressors during the previous 24 hours burned 104 fewer calories than nonstressed women in the seven hours after eating the high-fat meal – a difference that could result in weight gain of almost 11 pounds in one year.

The stressed women also had higher levels of insulin, which contributes to the storage of fat, and less fat oxidation – the conversion of large fat molecules into smaller molecules that can be used as fuel. Fat that is not burned is stored.

“This means that, over time, stressors could lead to weight gain,” said Jan Kiecolt-Glaser, professor of psychiatry and psychology at The Ohio State University and lead author of the study. “We know from other data that we’re more likely to eat the wrong foods when we’re stressed, and our data say that when we eat the wrong foods, weight gain becomes more likely because we are burning fewer calories.”

The research is published in the journal Biological Psychiatry.

The research meal consisted of eggs, turkey sausage, biscuits and gravy – roughly equivalent in calories and fat to a loaded two-patty hamburger and French fries at a fast-food restaurant. Participants were required to eat the entire meal within 20 minutes.

“This is not an extraordinary meal compared to what many of us would grab when we’re in a hurry and out getting some food,” said Kiecolt-Glaser, also director of the Institute for Behavioral Medicine at Ohio State.

For comparison some of the women received a meal that was high in a different kind of fat: sunflower oil containing monounsaturated fat, which is associated with a variety of health benefits.

“We suspected that the saturated fat would have a worse impact on metabolism in women, but in our findings, both high-fat meals consistently showed the same results in terms of how stressors could affect their energy expenditure,” said Martha Belury, professor of human nutrition at Ohio State and a co-author of the study.

After they ate their meal, the women’s metabolic rate was tested for 20 minutes of every hour for the next seven hours.

This showed that  the participants burned fewer calories over the seven hours after the meal when they had a stressor in their life the day before the meal.

In addition the stressors’ effects of increasing insulin had a time element: Insulin spiked soon after the high-fat meal was consumed and then decreased to roughly match insulin levels in nonstressed women after another 90 minutes.

A history of depression alone did not affect metabolic rate, but depression combined with previous stressors led to a steeper immediate rise in triglycerides after the meal. Triglycerides are a form of fat in the blood, and high levels are considered a risk for cardiovascular disease.

“With depression, we found there was an additional layer. In women who had stress the day before and a history of depression, triglycerides after the meal peaked the highest,” Kiecolt-Glaser said. “The double whammy of past depression as well as daily stressors was a really bad combination.”

The researchers are reluctant to extend these findings to men because men tend to have more muscle than women, which would affect their metabolic rate, Belury said.

But the findings do offer one more motivation to keep healthful foods nearby.

“We know we can’t always avoid stressors in our life, but one thing we can do to prepare for that is to have healthy food choices in our refrigerators and cabinets so that when those stressors come up, we can reach for something healthy rather than going to a very convenient but high-fat choice,” Belury said.

Eating a high fat meal when you are stressed - even if it contains 'healthy' fats - can significantly slow your metabolism down, say scientists