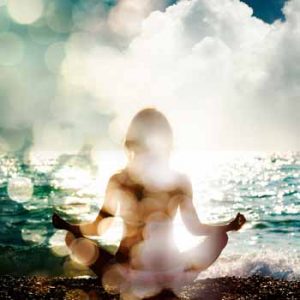 For the study, the researchers carried out a systematic review of the published literature on yoga practice and common menstrual disorders.

The term ‘yoga’, the author notes, describes a variety of practices, which include physical exercises (Asanas), breathing exercises (Pranayama), relaxation techniques, and meditation or concentration practices, including yoga Nidra (a form of guided relaxation practice). There are many different types of yoga, according to different schools or traditions (for example  Krishnamacharya, Iyengar, Ashtanga etc). Yoga practice in the modern context is primarily focused on Asana as a physical exercise regimen, whereas traditionally, and certainly before the mid-20th century, yoga has been more widely associated with spirituality and contemplation.

» Analysis of existing studies shows that yoga can be an effective treatment for menstrual discomforts.

» No particular style of yoga showed more benefit than any other – they key seemed to be regular practice.

In the studies included in this analysis a range of different types of yoga were used as an ‘intervention’ for women suffering menstrual pain, including a combination of Asana, Pranayama, and other yogic relaxation or meditation techniques. They also varied in duration and intensity of the yoga ‘intervention’. And yet all of the studies evaluated reported a beneficial effect and reduced symptoms.

Enhanced mood, reduced pain, increased wellbeing, and a heightened relaxation response were among the improved outcomes reported by women who participated in a yoga intervention, according to the findings published in the Journal of Alternative and Complementary Medicine.

Frustratingly few of the studies offered explanations as to how or why yoga could help with menstrual pain and discomfort. However, increased body awareness, improved physical health and well-being may play a part.

“All included studies reported some change in their outcome measures, suggesting reduced symptoms of menstrual distress following a yoga intervention,” the study concluded.

In a related study people with major depressive disorder were shown to have a significant reduction in depressive symptoms during an integrative health intervention that included Iyengar yoga classes and coherent breathing. Participants who took three yoga classes a week were more likely to be less depressed after just 12 weeks of practice.