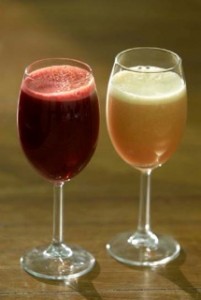 Happy New Year to one and all!

It is, as always, a slow start to the new year at Trill Farm Garden. With the ground being saturated and not an awful lot growing, there are just a few jobs to be getting on with at this time of year.

Firstly we are making sure we are well on top of the weeds in the polytunnels. It is important to feel in control of the weeds at this time of year. Firstly to remove slug habitats, but also because if we are not keeping the tunnels weed free now, it will become a problem in early spring when we have a longer list of jobs to get on with.

We are also sorting out all of the guttering on the polytunnels, and drainage alongside one of them. Throughout last year water was coming into our smaller tunnel through the side, so we will dig a trench and put a land drain running alongside the length of the tunnel.

So, we are preparing for the onslaught of work that will gradually start to trickle in from about the middle of February.

It is sometimes hard to feel motivated at this time of year, though after attending the Oxford Real Farming Conference earlier this month we were truly inspired and felt a new flush of enthusiasm. Much of the content of this years talks and discussions seemed to focus on some of the struggles we face as a nation, but also internationally, regarding food production and farming systems.

It is exactly these issues that underpin the Food Sovereignty Movement and which will be the basis of many of the campaigns led by the new UK branch of La Via Campesina. Our belief in the ideals that Via Campesina represents has led to our involvement in setting up the UK co-ordination of Via Campesina.

La Via Campesina was founded in 1993 to represent the rights of small-scale traditional food producers around the world. Today the organisation represents more than 200 million farmers, growers, pastoralists and fishermen and campaigns for their rights to be recognised by national and international policies.

Supporting small farmers in the UK

Via Campesina UK is a coalition of producers meaning that membership is open to anyone who is actively involved in farming, fishing or fibre enterprises. The co-ordination will bring together like-minded producers to identify and organise targeted campaigns and lobby UK and European parliaments on issues affecting the livelihoods of small-scale producers.

Central to Via Campesina’s identity is the campaign for Food Sovereignty launched in 1996 and defined as – “The right of communities to define their own food and farming systems”.

On March 3rd 2013 the inaugural annual general meeting of the international farming organization Via Campesina UK will be held at Ruskin Mill Farm, Gloucestershire, marking the launch of the organisation’s first UK-wide co-ordination. For anyone who is interested in attending the AGM please contact viacampesinauk@aktivix.org.

Everything is still and quiet in the garden and there is not very much to harvest, but there are a few green leaves to add to stored fruit and vegetables like beetroot and apples.

Here are a couple of refreshing juices  to protect you during the winter months and get you off to a flying start in the morning.

Put all the ingredients through the juicer, pour into a glass and drink straight away.  Serves 1

Put all the ingredients through the juicer, pour into a glass and  drink straight away.  Serves 1