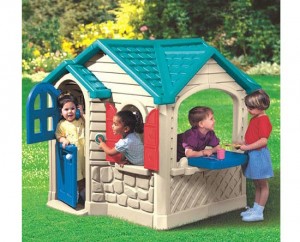 All the harmful chemcials we are exposed to each day can mean that keeping your kids healthy isn't exactly child's play.

How to reduce your child’s exposure to toxins at home

Most parents know that the greatest gift they can give their children is good health. You feed then, you put a roof over their heads, you keep them warm and dry but modern life, still conspired to make the job of keeping your kids healthy complex.

We live in a polluted world surrounded daily by hundreds of man-made toxins that we can’t see, taste or even smell but which nevertheless have the potential to damage human health.

Children are uniquely vulnerable to environmental pollution in part because their response to toxic exposures is often very different from that of adults. Good examples of this are the paradoxical responses to drugs like phenobarbital and methylphenidate (Ritalin) in children compared with adults.

Phenobarbital acts like a sedative in adults, but produces hyperactivity in children; Ritalin, a cocaine-like drug, is used as an anti-hyperactivity drug in children, but has a stimulant effect in adults.

There are many reasons for this paradoxical response. But perhaps the most influential is that in the womb and in the first two years after birth, children undergo extraordinary cell growth in every part of their bodies, from brain neurons to immune cells, so there are more opportunities for toxic compounds to disrupt the cells.

During childhood, different systems and organs develop at different rates and in different phases. Growing tissue is also much more sensitive to toxic exposures than other tissue and remains sensitive right into the teen years.

In addition to growing and developing, children differ from adults in a number of other ways that can increase their susceptibility to toxins. For example:

The job of keeping kids healthy may seem overwhelming and it can be hard to know how to get started. But a new brochure published by the Canadian Partnership for Children’s Health and Environment (CPCHE) gives sound advice on simple things every parent can do to reduce toxic exposures in the home

“A clean environment is one of the greatest gifts we can give our children and our grandchildren” says Erica Phipps, CPCHE Partnership Director. “If parents take simple actions in these five areas, they can significantly reduce their children’s exposures to toxics – and even save money”

All the harmful chemcials we are exposed to each day can mean that keeping your kids healthy isn't exactly child's play.