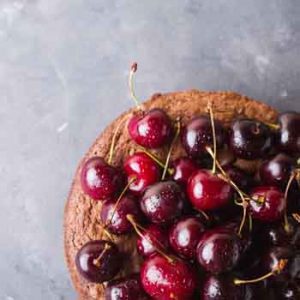 Cherries are considered the 'go to' fruit for sleep problems because of the high melatonin levels. [Photo: Bigstock]

Getting melatonin from your diet

If you suffer from sleep problems or occasional jet lag, you’ve probably read about melatonin.

Melatonin is an important hormone in our bodies that regulates our sleep-wake cycles. Like other animals, humans secrete melatonin exclusively at night. This secretion tails off when the day dawns, when the ‘daytime’ hormone serotonin, takes over.

Melatonin secretion is sensitive to many outside influences and internal changes. For instance, our brains detect not only light and dark but also changes in the relative length of day and night and makes proportional adjustments in the length of time that melatonin is secreted throughout the night.

Melatonin secretion can be disrupted by exposure to light at night. This seems especially true for computers and handheld devices which emit blue light. When used in the evening these devices suppress melatonin and disrupt the body’s circadian rhythm, the biological mechanism that enables restful sleep.  This is also a problem with so-called eco lighting, which has also been shown to adversely affect melatonin levels.

» Melatonin levels can be affected by too much light at night and by changes in time zones. They also naturally decline as we get older.

» Studies into melatonin supplements suggest they are not always effective, especially for chronic sleep problems. But emerging evidence suggests that obtaining melatonin from food can be an effective way to regulate sleep.

Crucially, melatonin levels generally decrease with age, which may be why some people have trouble sleeping as they get older.

To supplement or not?

The first thing to remember is that synthetic melatonin, whipped up in the lab, is not the same as the natural substance made by your body. What is more, because melatonin is a hormone, and therefore finely balanced in our bodies, simply mega-dosing may not be the smartest or most effective thing to do.

For occasional problems like jet lag the occasional short-term use of supplements may be justified, but for chronic sleep problems a different approach is needed.

The good news is that there are ways to help regulate your production of melatonin production naturally – first and foremost by ensuring you get plenty of natural light during the day and that your bedroom in dark at night (for instance by using black-out blinds).

There are also several foods that contain melatonin. Melatonin is a powerful antioxidant. In some plants, like tomatoes, melatonin may also promote ripening after harvest. It is also thought that growing plants produce it in response to different types of stressors (insect attacks, changeable weather etc). This means that levels in plants can vary enormously according to growing conditions.  Nevertheless, studies showing melatonin in everyday foods are plentiful.

Studies also show that melatonin obtained from the diet does bind to hormone receptors in mammals and is therefore active in the body. Because it is a hormone it is present and active in the body at extremely low levels. So obtaining it from a quality, varied diet will have some effect.

When it comes to melatonin, it can be hard to sort what is hype from what is helpful. Below we have compiled some information on the better food sources of melatonin.

Cherries are considered the go to fruit for aiding sleep. Drinking tart cherry juice (usually from Montmorency cherries) has been shown to significantly improve both the quality and duration of sleep.

In one small study, people who drank cherry juice before bedtime not only sleep for longer, but they also experienced improved quality of sleep.

This is not the first study to show sleep benefits from cherries. For example, a 2010 report in the Journal of Medicinal Food showed that drinking tart cherry juice alleviated insomnia by increasing levels of circulating melatonin. Another study in 2010 noted that cherries contain tryptophan, serotonin, and melatonin. Volunteers received daily ‘doses’ of high melatonin cherries for several days and experienced improved sleep quality.

But it’s not just tart cherries that contain melatonin. Evidence suggests that the sweet Rainier cherry has the highest level of all. So while they are in season, enjoy your cherries and the sleep benefits they bring.

So do goji berries. In fact, one of the Chinese traditional uses of goji berry were to induce sleep and to reduce stress. In one study people drinking 120ml/day (equivalent to at least 150g of fresh fruit) goji berry juice (the species used was Lycium barbarum) found their quality of sleep improved significantly without having any adverse effects.

Several fruits that we associate with tropical climates have also been shown to be raise melatonin levels in the body.

In a recent small study, researchers in Thailand looked at consumption of fruits that many of us take for granted such as pineapple, bananas and oranges. Past studies have shown that these fruits have generally low levels of melatonin (compared to fruits like cherries), yet all had a measurable effect on melatonin levels in volunteers.

Significant increases in urine aMT6-s concentrations were seen after the consumption of these three sunshine fruits. Pineapple increased levels by 255%, bananas by 180%, and oranges by 47%

Some sources suggest kiwifruit is a good source of melatonin but this isn’t borne out by research. There is some evidence that kiwifruit can aid sleep – but in this case effect may be more indirect. In another study by Taiwanese researchers, participants ate two kiwi fruit an hour before bedtime over a 4-week period. At the end of that time sleep/wake cycles seemed to have normalised and the authors suggest this could be due to the effect that kiwi has on serotonin levels. Serotonin not only helps to normalise moods; it also plays an important role in sleep because the body uses it to synthesize melatonin.

A great culinary mix and studies show that both tomatoes and chillies can be very high in melatonin. Levels vary according to how they are grown. Tomatoes grown in shade conditions seem to have higher levels while sunshine appears to increase the melatonin content in chillies. Unless you grow them yourself you will never know how they were grown so just make sure you include plenty – and different varieties – in your daily diet.

A study in 2000 into the melatonin content of several types of seeds found that many common seeds contain useful levels of melatonin. The seeds with the highest melatonin levels were white and black mustard seeds, followed by fenugreek, sunflower, fennel, alfalfa, green cardamom and flax seeds.

Other seeds with lower levels of melatonin included celery, coriander, aniseed and poppy seeds. We often recommend using more seeds in your daily diet; the melatonin levels in seeds are yet another good reason to follow this advice.

Although most of us don’t think of them as such, both rice and corn fall under the heading of seeds and both can be high in melatonin – though levels can vary enormously between species. In one study red rice was shown to have the highest melatonin levels.  Air popped popcorn makes a good substitute for less healthy snacks and could add to your daily melatonin intake.

High levels in seeds does not automatically guarantee high levels in mature plants. But some sprouted seeds can contain useful amounts of melatonin. Once sprouted, radish, red cabbage, broccoli and onion have the highest detected levels of melatonin; alfalfa, lentil and mung bean less so.

In addition to being rich in essential nutrients, including omega-3 fats, fibre, vitamin E, phosphorus and magnesium, walnuts are also a good source of melatonin. In one animal study, eating walnuts was shown to increase circulating levels of melatonin. Almonds, which are actually seeds belonging to the same Rosaceae family as cherries and strawberries are also quite rich in melatonin.

Root vegetables are not particularly high in melatonin though carrot, ginger and turnip will all add useful amounts to your total dietary melatonin intake. Lupin, which is becoming popular as a meat substitute, has been shown to be surprisingly high in melatonin.

Culinary herbs such as cardamom and fennel have been shown to contain melatonin. Fennel seeds brewed into a tea after dinner will not only aid digestion, they may well aid sleep as well.

Remember that the line between culinary and medicinal herbs is mostly arbitrary. You can, as we recommend in our book Healing Foods, enjoy cooking with ‘medicinal’ herbs such as St John’s wort by adding it to broths and stocks.

There’s no ‘recommended dose’ of foods containing melatonin and as always your best approach is to ensure that your diet includes a diversity of such foods.

As well as benefitting from better sleep increasing dietary melatonin may have weight management benefits. In a 2013 animal study in the Journal of Pineal Research, Spanish and US scientists found that consumption of melatonin stimulates the appearance of ‘beige fat’, thereby helping to control weight gain. ‘Beige fat’ burns calories in vivo instead of storing. White adipose tissue, however, stores calories, leading to weight gain.

The knock on benefits could help control diseases associated with obesity such as diabetes, and heart disease.

Cherries are considered the 'go to' fruit for sleep problems because of the high melatonin levels. [Photo: Bigstock]