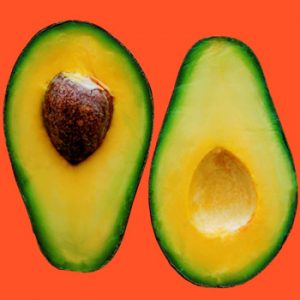 The greater abundance and diversity of insects and soil microbes on organic farms can help reduce the level of foodborne pathogens in the soil and on fresh produce. [Photo: Bigstock]

Avocados contaminated with listeria. Romaine lettuce recalled for E. coli contamination. It’s no wonder consumers are concerned about getting sick from the very food health experts recommend they eat more of: fresh fruits and vegetables.

The latest statistics from the U.S. Centers for Disease Control and Prevention (CDC) serve only toreinforce consumer wariness. The CDC estimates that 48 million people become ill due to foodborne diseases each year. Of those, 128,000 will be hospitalized and 3,000 will die.

A team of researchers at Washington State University compared organic farming with conventional methods, provoking an important conversation about how we farm, and how this relates to the growing problem of foodborne illness.

What the researchers found is that organic farms encourage a greater abundance and diversity of insects and soil microbes—and that all that diversity reduces the level of foodborne pathogens in the soil and on fresh produce.

With the introduction of new food safety regulations in the US many farmers are feeling under pressure to remove ponds, hedgerows and natural habitats from their land to reduce levels of pathogen-carrying wildlife and livestock.

Yet, according to the study, published in the Journal of Applied Ecology, reducing farmland biodiversity could actually make the problem of foodborne pathogens worse.

As wild habitats around farmland disappear, they said, so too do beneficial insects like the dung beetle and soil microbes whichhelpto eradicate pathogens from the soil.

The results are an important reminder of how organic systems, naturally teeming with life and diversity—both above and below ground—support healthier food for everyone.

The researchers surveyed 70 commercial broccoli fields in the western U.S, looking at levels of E. coli on produce and in the soils. They included both conventional farms and organic farms where natural habitats were kept intact and pesticide-use minimized.

Broccoli, like other types of ‘at risk’ produce is grown close to the ground, which makes it more susceptible to food-borne pathogens.

Scattering pig feces across these broccoli fields to attract feces-feeding dung beetles, the scientists found that organic fields supported more of these insects. On organic farms dung beetles cleaned up about 90 percent of feces in a matter of days, much more quickly than on conventional farms.

The researchers also sampled the soil across these farms and found that organic plots had more organic matter in the soil. This supported a higher diversity of soil microbes when compared to conventional farms – with possible benefits for controlling foodborne pathogens.

The ‘clean up crew’

While it’s not 100-percent clear how dung beetles reduce pathogens in the soil, the scientists suggest that antibiotic-like compounds in and on their bodies may help kill bacteria in feces as they process it.

Dung beetles also bury feces in the ground. Once below ground, soil microbes continue the process of neutralizing the pathogens.

The soil and insects work together as a kind of ecological ‘clean up crew’ say the researchers. Encouraging their presence—rather than destroying them with pesticides and soil fumigants—may be an important but overlooked aspect of food safety.

The prevalence of microbial contamination in produce grown organically is historically very low. Although some proponents of industrial farming claim that the use of green and animal manures in organic farming leads to greater risk of contamination, most studies don’t bear this out.

Differences have been found between certified and non-certified organic farms, however. A 2004 study found that fresh produce such as tomatoes, leafy greens, lettuce, green peppers, cabbage, cucumbers, broccoli, strawberries and apples sourced from certified organic farms was less likely to have fecal contamination than produce from uncertified farms.

Animal foods may also benefit from organic management. A recent study of dairy farms in New York State, looked at bothconventional and organic dairy farming with respect to foodborne pathogens (E. coli, Campylobacter and Salmonella). While the bacterial mix varied between the two systems, there was little difference in the total pathogenic bacterial load of milk from organic and conventional farms.

Recalls of fresh produce are becoming all too commonplace, spurring heightened efforts at reducing the burden of pathogenic bacteria all along the food chain, including at farm level.

At a time when more of us need to eat healthy, fresh and unprocessed foods, it’s ironic that these foods should be the ones most prone to bacterial contamination. One CDC study, for instance, found that nearly half (46 percent) of foodborne illnesses were attributable to fresh produce, particularly leafy vegetables.

While the new Produce Safety Rule (officially known as ‘Standards for the Growing, Harvesting, Packing, and Holding of Produce for Human Consumption’) doesn’t explicitly call for removal of natural habitats, it does stress risks to open farmland from water sources and borders that could attract the animals that carry disease.

Yet it has long been known that regenerative and conservation practices can help reduce pathogen load while providing other benefits, such as increased workability of the soil, water conservation and habitats for pollinators and beneficial insects.

This latest study out of Washington State suggests that the natural diversity of organic farms provides more checks and balances in terms of food safety.

It adds to the weight of evidence showing that farmers can produce safer food while enriching the on-farm environment. It also shows the importance of widening the scope of our concern around what has been called ‘insect Armageddon’ beyond pretty pollinators like butterflies and bees to the entire ecosystem of more humble insects and microbial life necessary to support a healthy farm system.

Looking past the research itself, it begs us to look beyond on-farm risks to other more significant sources of food contamination. It’s worth remembering that contamination can occur at almost any point in the food chain—and the larger and longer the chain is, the more opportunities there are for food to become contaminated.

On-farm biodiversity combined with shorter food chains could form the basis of a win-win approach that puts farmers at the center of healthy, safe food that does not compromise the environment, food safety or consumer confidence.

The greater abundance and diversity of insects and soil microbes on organic farms can help reduce the level of foodborne pathogens in the soil and on fresh produce. [Photo: Bigstock]