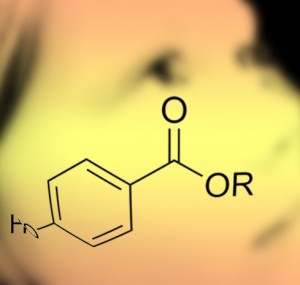 Parabens is the name for a family of chemical preservatives used widely in cosmetics.

Parabens – not natural, not necessary

Cosmetic manufacturers continue to go out of their way to defend their use of the controversial preservatives parabens.

In the same month the EU’s Scientific Committee on Consumer Safety (SCCS) issued a report which acknowledged that essential safety studies were not available and there were several unanswered safety issues surrounding two types of parabens: butylparaben and propylparaben.

The Committee noted that while all parabens are estrogenic these two compounds showed the most estrogenic activity, making it harder to set acceptable safety levels for their use in cosmetics.

With so much critical data lacking, the SCCS recommended a new maximum level for these two parabens in cosmetics (singly or in combination) which is as little as one quarter of what it previously was. Writing in the Guardian newspaper (11 December 2010) columnist Dr Tom Smith admitted that while there was some uncertainty about the negative health effects associated with parabens use: “I am uncomfortable using them myself”. See here.

Parabens is the name for a family of chemical preservatives used widely in cosmetics. They are cheap to produce and used to prevent fungal growth. Parabens provide no direct benefits for your skin and  there could be a high price to pay for the widespread use of parabens in cosmetics.

Some manufacturers will try to mislead you that parabens are natural and found abundantly in foods.

The starting material for synthetic parabens – a chemical called para-hydroxybenzoic acid (PHBA) – can be found in some foods such as blueberries. It is water-soluble and is easily excreted by the body. But the product which is used in cosmetics is synthesised in the lab and has a completely different chemical structure.

This structure makes this cosmetic ingredient more estrogenic, more difficult to metabolise, more soluble in fat and therefore more likely to be stored in the body’s fatty tissue.

What happens to parabens in the body?

Like many preservatives parabens can cause allergic reactions in sensitive individuals. But they have been shown to have an estrogenic effect. Some evidence has found traces of synthetic parabens in breast tumour tissue. This has led speculation that parabens stored in the fatty tissue of the breast is a factor in the development of certain types of breast cancer.

What happens to parabens in the environment?

Parabens that get washed down the drain end up in the environment where they have been associated with turning male fish into females.

Estrogenic chemicals are difficult to remove from the water supply and we can end up consuming them in our own drinking water.

Many companies have invested widely in using parabens in order to keep costs down and profit margins high. The cosmetic industry has a powerful lobby in Brussels which aims to keep parabens in European cosmetic products because to ban them would require spending a great deal of money reformulating thousands of products with safer but more expensive preservatives.

In spite of the progressive action of the Danish government and the conclusions of the SCCS report, questions remain: Why do regulators allow parabens in cosmetics at all? If parabens are potentially harmful why just ban them for under-3s?

Why arbitrarily cut the allowable level of a propyl- and butylparaben? If a chemical presents a potential threat to human health it should not be used at any concentration.

Parabens is the name for a family of chemical preservatives used widely in cosmetics.