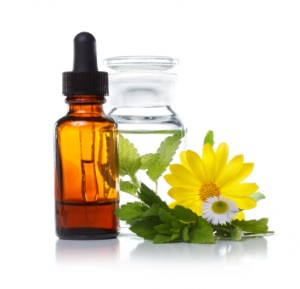 Q — I often use flower remedies, such as Rescue Remedy. Many of my friends are sceptical about them though and I wondered if there is any research evidence to suggest they work?

A — We have written previously about flower remedies in our article Flower essences – support in times of transition which you may find interesting.

Flower remedies are dilute essences of the plant. Contrary to what many believe, although they are highly diluted they are not homoeopathic. Instead of using successive dilutions and succussion (vigorous shaking), plant essences are made by infusing the plant in water usually in the presence of sunlight. This infusion is then bottled with brandy or vodka as a preservative and taken as drops under the tongue as required. Likewise they can be blended into creams for topical use.

Plant essences do not use the law of similars (like cures like) that is the rule in homeopathy, but rather focus on using the positive energy of the plant to overcome any emotional negativity in the person. Although they are intended to work at the emotional level, some people find that when the emotional issue is resolved physical ailments, too, begin to resolve.

It is fair to say that there is not a huge amount of published research on plant essences. In part this is because it can be very difficult to attract funding for such research (many institutions don’t consider it a worthwhile thing to study) and in part because of the way that plant essences work – at the emotional level and on the body’s energetic fields makes them hard to study using conventional methods.

But as we have often said, lack of research should not be confused with proof of lack of effectiveness.

Many people who use flower essences report remarkable results and this must be taken into consideration. Also, in recent years, studies have begun to emerge that back this anecdotal evidence up.

There are literally hundreds of different types of plant essences (and in addition crystal ocean and animal essences) but far the most well-known of these are the Bach remedies and the most widely used Bach remedy is Rescue Remedy which is a combination of 5 flower essences (combination of Cherry Plum, Clematis, Impatiens, Rock Rose and Star of Bethlehem).  There is also a Rescue Remedy Cream that contains Crab Apple in addition to the other five essences.

Rescue Remedy (also called Five Flower Remedy) is used to restore calm and balance in moments of anxiety and panic, for instance before a job interview or going to the dentist.

Most trials into the use of flower remedies for anxiety and stress show that they work at least as well as placebo.

In one trial, 100 university students in England were recruited. The trial examined whether Rescue Remedy could help relieve stress and anxiety as compared to a placebo. The students were given questionnaires to fill out so researchers knew of their mental state. After 8 days, the students were re-evaluated. The Bach remedies showed no better effect than a placebo. However, this ‘rigorous’ investigation had problems. Rescue Remedy is supposed to be taken as an emergency measure in times of acute stress, but the investigators asked the students to take the remedy for 8 days leading up to their exams. For longer-term use a knowledgeable practitioner might have prescribed a more individualised remedy for each student.

Indeed the Bach Centre publishes research to suggest that individually chosen remedies do have an advantage, in terms of longer-term benefits, than a blanket use of Rescue Remedy.

This is a problem with most studies into flower remedies: they use a single pre-determined flower remedy which may or may not be considered the best approach by a real world practitioner. In addition, when testing the effects on things like anxiety it’s worth noting that the anxiety states in several of the trials were experimentally induced and may differ from typical anxiety as experienced by individuals.

One recent double-blind clinical trial involved 111 people between ages 18-49.  Levels of anxiety were measured before and after the participants took either the Rescue Remedy or the placebo. Results suggested that Rescue Remedy may be able to reduce high level of situation specific anxiety as compared to the placebo.

Trials into flower remedies for things like ADHD do not show particularity positive results, though given the complexity of ADHD this hardly seems surprising. Many trials of conventional treatments for ADHD are likewise disappointing and poorly conducted.

In general results from early trials (pre 2007) are probably less reliable, due to low quality. More recent trials do seem to show that essences do have an effect beyond just a ‘placebo’ effect.

If you’d like to help contribute to what is known about plant essences the British Flower and Vibrational Essences Association (BFVEA) collects scientific data using a research tool called MYMOP (Measure Your Medical Outcome Profile) which is run in conjunction with Bristol University.

This feedback tool, which is quick to use, allows researchers to collect users’ feedback on a variety of treatments including alternative treatments such as flower essences.  So far the information collected seems to show that most people report positive effects from plant essences.

Our recommendation is that if it works for you, and it does no harm, then make good use of it. Flower remedies are safe to use, they are not ever used (or recommended by professional therapists) in place of medical treatments but rather to enhance well-being in a supportive way.

We look forward to the day when researchers take more care in investigating alternatives like flower essences. As the example of acupuncture has shown, once this happens good evidence of benefits begins to emerge.