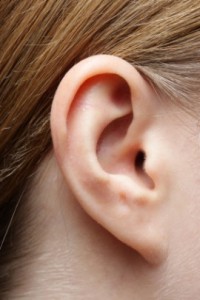 What did you say? Natural ways to prevent hearing loss

A staggering one in seven people have a hearing loss – that’s an estimated 8.7 million people in the UK alone.

In the US the figure is around 35 million and according to the World Health Organization globally over 275 million people experience moderate to profound hearing impairment.

The problem gets worse with age. Most hearing loss normally begins at around 50 and according to the UK’s Royal National Institute for Deaf People more than 70% of over 70 year-olds and 40% of over 50 year-olds have some form of hearing loss.

Otitis media, or middle ear infection, is the most common infectious cause of temporary hearing loss. Repeated or untreated infections in children may lead to permanent impairment in adulthood. Breastfeeding can prevent childhood ear infections. Likewise natural treatments such as homoeopathic remedies are likely to be more effective than antibiotics.

Another cause of hearing loss is prolonged exposure to loud noise (especially high pitched noises). This can destroy the sensitive hair cells of the cochlea leading to sensorineural hearing loss. People who work in a noisy jobs (e.g. carpentry, factory assembly lines and construction work, are at very high risk for noise-induced hearing loss. What is more after decades of legislation intended to protect workers from noise – the risk hasn’t improved much. Hobbies involving gunfire, snowmobiles, motorcycles, or power tools also damage hearing.

Similarly, young people who regularly use MP3 players are at greater risk of early hearing loss.

Is it drug related?

Certain drugs, especially the aminoglycoside antibiotics (amikacin, gentamicin, kanamycin, neomycin, netilmicin, paromomycin, streptomycin, and tobramycin) are also implicated in hearing loss. Even when used topically, neomycin therapy has resulted in loss of hearing function when large areas were treated. Vancomycin  (a glycopeptide antibiotic) has a similar effect to aminoglycosides when used intravenously.

Is it drug related? A vast number of commonly used drugs and other chemicals are known to affect hearing function and clarity. These include:

Most recently mobile phone use has been added to the list of common causes of high-frequency hearing loss. People who use their phones for 60 minutes or more a day have a higher risk of hearing loss than those with less use.

Once you begin to suffer from hearing loss usually the only ‘treatment’ offered by doctors is hearing aids – a solution many patients reject as uncomfortable and ineffective. There are a a number of more natural approaches worth trying which can work to improve hearing loss and prevent further damage to the ear.

Try herbs.   Ginkgo biloba has helped some people with various hearing disorders, including tinnitus (ringing in the ears). In animal studies ginkgo had a protective effect against gentamicin-induced cochlear damage and also improved neurological function. Not all trials agree on the efficacy of ginkgo but all have shown that it is safe. Periwinkle (Vinpocetine) has also proved effective against antibiotic-induced hearing loss. It has been shown to support increased ear and brain blood flow, promotes use of oxygen and protects against free-radical damage. Butcher’s Broom may help support circulation to the ears and control fluid levels.

Visit a chiropractor. Hearing loss can result from neck or head trauma and treating these problems may prevent hearing loss as you age.

Good nutrition. Make sure your diet is low in saturated animal fat and refined carbohydrates. Ears are nourished by the body’s blood supply. Fatty foods can reduce blood supply to the ears in the same way they can reduce blood supply to other parts of the body. Boost levels of whole grains, seeds, nuts, and fresh vegetables and fruits. Include plenty of cold-water fish (i.e. salmon, trout, albacore tuna, herring, mackerel, sardines, and anchovies) rich in omega 3 fatty acids. Omega 3’s are heart protective and this can translate into better hearing.

Investigate allergies and sensitivities. Any food or chemical can be the culprit, but sensitivity to salicylates is a common cause. Salicylates have been shown to disrupt the electrical current in the inner ear. One of the main sources of salicylates in daily life is aspirin. but they can also be found in herbs, spices and nuts, most fruits (except bananas, peeled pears, mangoes, pomegranates and papayas), most vegetables (except cabbage, Brussels sprouts, bean sprouts, celery, leeks, lettuce and peas), potato skins but not potatoes themselves, caffeine, fruit juices, alcohol and yeast rich foods such as Marmite.

Stop smoking. Smokers are nearly twice as likely to experience hearing loss than non-smokers, the risk rises with the number of cigarettes per day you smoke. This is because smoking can lead to vascular insufficiency. Hypertension and a high-cholesterol diet can also contribute to age-related hearing loss.

Cut down on salt. In some cases, hearing may be improved by reducing salt, which can cause fluids to be retained in the ear.

Antioxidant vitamins A and E support good hearing. Foods that contain vitamin A and E include liver, fish liver oils, eggs, carrots, nuts, wheatgerm and dark-green leafy vegetables. Coenzyme Q10 may help maintain circulation to the ears, support energy production in hearing cells, and protect against free-radical damage. There is somee indication that people prone to hearing loss may also be low in CoQ10.   Alpha Lipoic Acid is another powerful antioxidant that supports nerve system function and plays an essential role in generating mitochondria in the hair cells of the inner ear.

Other supplements. To maintain optimal hearing the body requires a wide range of vitamins minerals and amino acids Deficiencies in any of the following could contribute to hearing loss:

Hearing loss can have a devastating effect on your life. Applying little prevention and protection now could reap tremendous benefits as you age.