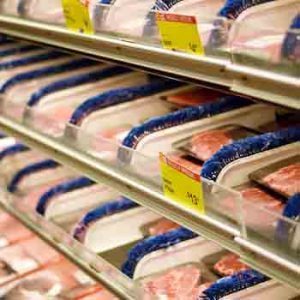 "If the world continues the trend to eat like the West, the burdens on ecosystems, healthcare systems and finance will be unsupportable." [Photo: Bigstock]

Why consumers need help to shift to sustainable diets

Consumers are in an unprecedented dilemma over food.

On the one hand, they have never had it so good. Supermarkets have spread worldwide and are awash with food. On the other hand the rate that over-consumption of food is growing globally is unsustainable – and its effect on the environment are already being felt.

For the consumer, it’s a rosy picture – food expenditure as a percentage of total domestic spending has fallen since World War II and farm output has increased sufficiently to be able to feed growing populations, if only problems of distribution were sorted out.

This new food system is generally seen as a triumph of modernity and efficiency. It liberated consumer tastes – true, this was mostly first experienced by the urban mass market and in the West, but thanks to the internet and better communications, the luxury (and inclination) for people to eat what they want, and when they want it, is now present even in deepest rural areas and is spreading worldwide. It is no wonder that, almost everywhere, politicians are content to leave food matters to the mighty food industries – confident they will drive progress, lower costs and keep consumers happy. This has been the consumerist food deal of the past half century.

It has been a great story, too, but is now leading consumers into a dark place. Consumers are literally being kept in the dark about much that modern science now knows about the food system and its impacts on our world. The edifice of the food economy is built on sand which is being eroded beneath our feet.

The problem with food

Food is either the major or one of the major drivers of climate change, water stress, land use, biodiversity loss, soil erosion, deforestation, the depletion of fish stocks. And that’s just where the food comes from. Turning away from the land and sea towards consumption, the diets people eat today are now the single biggest factor in premature death worldwide, and a key indicator of cultural change and social inequalities.

Patterns of eating developed over centuries in tune with local climates are being turned upside down almost overnight by massive marketing and advertising which aims to get the consumer when young. The rise and spread of obesity now dwarfs malnutrition. The drive for cheap meats – nirvana for people for whom meat was expensive and a treat – has legitimised routine and profligate use of antibiotics in farm factories, to the point where the effectiveness of antibiotics is now threatened. This despite warnings it would happen, not least from Sir Alexander Fleming in his 1945 Nobel Prize acceptance speech for discovery of penicillin.

For all the razzmatazz of food modernity, food is still low-wage work, and is the biggest employer on the planet. The UN estimates at least 1.3 bn people work the land, a third of them for no wages, in self-sufficiency. And across the food system of the rich world, food is a low-wage employer. In the UK, for instance, food retail, food service, farm work and food manufacturing, all pay below the national average.

The squeeze on profit margins is tight, particularly on farming. Government figures show British farmers add £8.5 billion of Gross Value Added (GVA) to the UK food chain, while the GVA for manufacturers is £26.9 billion, retailers £30.2 billion and caterers £29.1 billion. Consumers’ money is taken off the land, yet a fantasy is peddled that food comes from farmers.

Among scientists, there is a remarkable consensus that the current policy direction cannot continue. These contradictions are unbearable – literally so, because if the world continues the trend to eat like the West, the burdens on ecosystems, healthcare systems and finance will be unsupportable. That, at least, is the uncomfortable conclusion one must draw, when one looks at the evidence.

But since when has the politics of consumption been about evidence? The few studies conducted into consumers’ response to this big picture about unsustainable diets show that consumers become a little indignant when they find out. A careful study by Which? found consumers asking: why weren’t we told about this? They want to know more. Rightly so, but how, and from whom?

Hard-pressed teachers turn to commerce for fact sheets. Parents are too often in the dark, if truth be told. Nor could any food label convey the depth and scale of what consumers really need to know. Giant food companies have replaced schools and parents as sources of public “education”. They are the Nanny Corporations, replacing the fictitious Nanny State. They filter what people are to know. Coca-Cola’s annual marketing budget is US$4billion (£3.18 billion), twice the entire World Health Organisation annual budget in 2014-15, and much more than its budget for non-communicable diseases ($0.32 billion) or for promoting health through the life-course ($0.39 billion).

How can this by unlocked? Consumers buying food too often without knowing the consequences. Politicians distancing themselves from this unfolding disaster. Workers and companies vying with each other to produce more for less. This is crazy ecological economics – self-defeating food culture. It piles up burdens on public health.

It’s obvious really – a new politics of food has to unfold in which academics treat consumers with dignity and tell them the truth. Politics follows the public, not the other way round. So it’s the public which must be helped. The neoliberal rhetoric is of consumer sovereignty, yet everywhere they are kept in the dark.

"If the world continues the trend to eat like the West, the burdens on ecosystems, healthcare systems and finance will be unsupportable." [Photo: Bigstock]