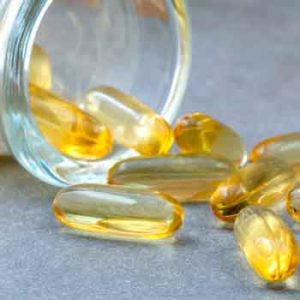 The omega-3 fatty acid DHA, in the diet or from supplements, could keep lupus from attacking body tissues. [Photo: Bigstock]

Omega-3 DHA could halt the onset of lupus

“What we discovered was when lupus was triggered by crystalline silica, a toxic mineral also known as quartz that’s linked to human autoimmunity, DHA blocked the activation of the disease,” said Melissa Bates, one of the study’s lead authors and a doctoral student in MSU’s Department of Food Science and Human Nutrition and the Institute of Integrative Toxicology.

The findings are published in the journal PLOS ONE.

Lupus is an autoimmune disorder in which the immune system mistakenly attacks and destroys healthy tissues, cells, and organs, causing pain and inflammation.

Systemic lupus erythematosus (SLE) is the most common form of the disease, accounting for around 70% of all cases. Skin is the organ most often affected by SLE, though the brain, kidneys, lungs, and other organs and tissues can also be damaged.

» Occupational exposure to crystalline silica is an important risk factor for developing lupus. People working in agriculture, construction and mining industries are at risk of breathing it in.

» A new study has shown that consuming omega-3 DHA can prevent the lesions on the lungs and kidneys that are associated with silica-induced lupus.

» Although it is an animal study, the results were overwhelmingly positive – with 80% of the lesions halted by the lowest intake and  96% of lesions stopped by the highest, suggesting that this may be a useful therapy for humans with lupus.

There are a number of environmental factors believed to trigger lupus, one of which is exposure to crystalline silica.

Crystalline silica is a natural compound present in numerous substances, including concrete, brick, and mortar. Once inhaled, cells in the lung can try to neutralise the silica, but it’s so toxic, it ends up killing these cells. When they die, signals are sent out to the immune system that something is wrong. The body then produces a strong immune response that mistakenly targets healthy cells.

Previous research has also associated occupational exposure to crystalline silica with increased risk of SLE and other autoimmune diseases, with damage to the lungs in particular.

The preclinical study looked at the effect of DHA on lupus lesions in the lungs and kidneys of female mice that were genetically predisposed to the disease. The mice were given three different daily doses – equivalent of to a human dose of 2, 6 and 12 g per day.

The results were overwhelmingly positive at each dose stopping 80%, 98% ad 96% of lesions that would normally be triggered by silica.

Jack Harkema, a study co-author and pulmonary pathologist noted:  “I’ve never seen such a dramatic protective response in the lung before.”

DHA can be found in fatty, cold-water fish and is produced by the algae that fish eat and store in their bodies. The human body cannot make it so it must be obtained from food and from fish oil and algal oil supplements as well.

Current recommendations from the European Food Safety Authority (EFSA) suggest a minimum intake of EPA + DHA of 250mg per day, with a maximum intake of 5g per day.

Although it’s still unknown exactly why DHA is able to prevent the onset of lupus, the researchers said this study provides scientists with a better model for looking at just how much DHA is needed to ward off the environmental trigger of the disease.

Harkema suggests that more research is needed to understand exactly what’s is happening. For example, the DHA could be changing the way these cells, also known as macrophages, react to the silica in the lungs and somehow alter the immune system’s response.

Another  theory is the DHA helps cells send an anti-inflammatory signal to the body so it doesn’t overcompensate and trigger an autoimmune response. It is also possible that somehow the DHA allows the cells to swallow up and remove the toxic silica from the lung without dying, preventing any inflammatory signals from being sent.

“What we do know is this study is a clear indication that eating DHA can prevent this one type of environmental triggering of lupus,” added study co-author James Pestka, Michigan State University. “It can suppress many of the disease’s signalling pathways, which current drugs on the market now try to target and treat.”

The omega-3 fatty acid DHA, in the diet or from supplements, could keep lupus from attacking body tissues. [Photo: Bigstock]