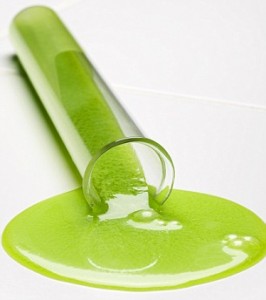 Coming to a cosmetic near you – risky GMO ingredients

Natural Health News — We tend to think of GMO ingredients in cosmetics as contaminants, things that get in their either because the ingredient supply chain is not well monitored, or because they are the starting material for other ingredients.

But now a major cosmetic company has announced it is moving into the development of biosynthetic organisms which will be deliberately added to cosmetic products.

According to a recent story in Genetic Engineering News, L’Oreal has signed a deal with a company called Evolva to develop novel boisynthetic ingredient that, it is claimed, will have broad applications in the cosmetics industry.

The two companies are going to use fermentation technology developed by Evolva to produce and optimize yeast strains for the production of the ingredient.

The ‘ingredient’ is as yet unidentified but Luc Aguilar, the global head of L’Oréal’s biotechnologies department, said in a statement that the firm believes this platform “could end in new cosmetic ingredients bringing a real breakthrough for our customers.”

Most health concerns around GMOs have to do with putting them in our bodies. Putting them on our bodies is largely an unknown quantity. Because the details of ingredient have not been revealed, it is impossible to say what its health impact may or may not be.

L’oreal is not the only cosmetic company investing in synthetic biology. Johnson & Johnson is also involved in developing hair and beauty products using this technology.

Evolva, in collaboration with a company called International Flavors and Fragrances, is also involved in the development of a vanilla essence made with synthetic biology. In response, environmental group Friends of the Earth is actively campaigning against the product and asking food companies not to use it.

What is synthetic biology?

Synthetic biology, or synbio,  is a new  form of genetic engineering. Instead of using existing DNA from plants or animals synthetic biology involves scientists creating entirely new DNA sequences in the lab and using them to create new synthetic life forms or splicing this DNA into naturally occurring DNA.

It is a new science, the products of which have had no safety testing. Being manmade, sybio products are fully patentable and have the full protection of the law and, in theory at least, are able to freely enter the marketplace.  Cosmetics and food are considered two of the most attractive markets for synthetic biologists.

Currently there exists almost no regulation for synbio products. Recently a group of 116 consumer, food safety, environmental, sustainable agriculture, parent, public health and faith based organisations signed a document called the “Principles for the Oversight of Synthetic Biology”,

The document outlines the need to safeguard public health and the environment from the novel risks of synthetic biology and to ensure open, meaningful and full public participation in decisions regarding its uses.

For people who do not wish to use GM products, this is a story to watch. Based on the fact that we are not eating these products, cosmetic manufacturers are even more likely to resist transparency and labelling than food manufacturers.

In the mean time, the best way to avoid GMOs of any kind in your cosmetics is to use certified organic brands.