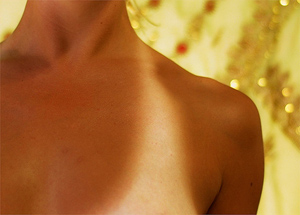 Spray tans – the hazards of faking it

Natural Health News — The active chemical used in spray tans, dihydroxyacetone (DHA), has the potential to cause genetic alterations and DNA damage, according to a panel of medical experts.

The ABC News channel brought together six medical experts in areas ranging across the fields of dermatology, toxicology and pulmonary medicine to review the literature and reports about DHA, the main chemical in the popular spray-on tan, which has conventionally been referred to as the “safe” alternative to tanning under ultraviolet lights.

None of the reviewed studies included tests on human subjects, but “some found DHA altered genes of multiple types of cells and organisms when tested in different labs by different scientists after the chemical was approved for use in the consumer market”, according to the report.

The FDA originally approved DHA for external use back in 1977. In recent years, the use of DHA has rapidly increased due to the newer spray application of the product, which provides a more even tan for consumers.

The FDA told ABC News it could never have envisioned the chemical’s use in spray tan back in the 1970s, and says DHA should not be inhaled or ingested today.

It’s in home use products too!

This report looked at professional salon tanning sprays, but DHA is the active ingredient in most of the popular home use sprays and lotions too.

DHA is a sugar derivative that has in fact been the staple active ingredient in self-tanners for many years. Some products also use another chemical – erythrulose. This agent works just like DHA, but develops more slowly. So, using the two chemicals together can produce a longer-lasting effect.

But both DHA and erythrulose can cause skin irritation.

DHA is a ‘sugar derivative’ that has been the staple active ingredient in self-tanners for many years. Contrary to popular opinion it is not a dye. It imparts temporary colour to the skin through a free radical-generating chemical reaction with amino acids in the superficial layers of the skin.

While the ABC story talks mostly about the risks of inhaling DHA, simply putting it on your skin could be risky too. All the more outrageous then, that there appear to be no human studies, as the ABC team found out, to prove its safety – or otherwise.

The way it works is not unlike the way exposure to the air can turn the flesh of an apple brown after it’s been cut. The irony of trying to get a ‘healthy’ tan this way won’t be lost on anyone watches TV or reads magazines – most cosmetic products, after all, claim to fight free-radical generation!

A 2004 laboratory study in the journal Mutation Research, for example, underscored this fact with the finding that DHA interferes with the normal cell cycle in human skin, induces DNA damage and accelerates cell death within 24 hours of application.

The fact is there are no short cuts to a healthy tan. If tanned skin is what you want then the best way to get it is gradually and by using sun smart practices (see our health tip feature, Healthy Habits in the Sun for more).