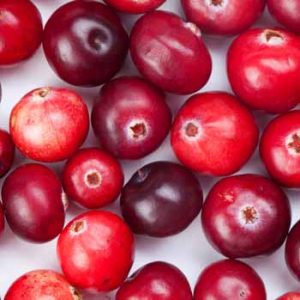 In children with urinary tract infections, cranberry extract can be an effective natural treatment. [Photo: Bigstock]

In children with urinary tract infections, cranberry extract could help

Natural Health News — In infants with recurring urinary tract infections, cranberry extract could be an effective first line of treatment, helping to reduce the use of antibiotics.

This research, published in Anales de Pediatría (Annals of Pediatrics), was a collaboration between researchers from the universities of Granada (Spain) and Kvopio (Finland)

It involved 85 children under one year of age and 107 over 1 year old, all of them affected by a recurrent urinary infection. 75 children were administered cranberry extract, while the other 117 were administered trimethoprim, a bacteriostatic antibiotic derived from trimethoxybenzyl pyrimidine, used almost exclusively to treat urinary infections.

» Although we think of urinary tract infections, many of which are caused by the bacterium Escherichia coli, as an adult problem, children can suffer from them too.

» The usual treatment is a prescription of antibiotics. But a team of German and Finnish researchers have shown that cranberry extract, usually given to adults, can also be effective.

» When compared to the conventional antibiotic trimethoprim, cranberry extract was at least as effective, an in some cases more so, and did not carry with it the risk of antibiotic resistance.

Effective in adults and children

The lead author of this work, professor José Uberos Fernández from the Department of Pediatrics (UGR), notes that, according to their analysis, cranberry extract, which in previous researches had already shown effectiveness in preventing urinary infections in adults, is also effective and safe for very young children with this condition.

Cranberry extract’s healing effects are, according to previous research, linked to the amount of antioxidant proanthocyanidins present in the extract, which also have an anti-adhesive effect, preventing bacteria from ‘sticking’ to the walls of the urinary tract.

According to Uberos Fernández it may not be the proanthocyanidins themselves but their metabolites (substances produced as they are metabolised in the body) which help clear the infection. Proanthocyanidins also have an anti-inflammatory effect which adds to their healing properties.

A way to reduce antibiotic use

In this study, female children under 1 responded more favorably to cranberry treatment. In children over 1 trimethoprim was associated with a 35% occurrence rate compared to 26% in those taking the cranberry extract.

The researchers caution that we still do not know exactly which cranberry metabolites are the most effective in fighting recurring UTIs, but given the general effectiveness of the treatment in young children it could help cut the number of prescriptions of antibiotics, and the risk of multidrug-resistant strains of bacteria, associated with UTIs in this age group.

In children with urinary tract infections, cranberry extract can be an effective natural treatment. [Photo: Bigstock]