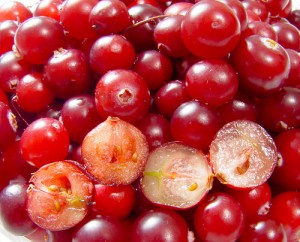 Natural Health News — Scientific knowledge is catching up with what women have known for years: cranberries are an effective way to tackle urinary tract infections (UTIs).

With scientific evidence now supporting the age-old wisdom about the benefits of cranberries, researchers have turned their attention to whether there is a specific element of the berry that, if extracted and condensed into pill form, would be as effective as drinking the juice or eating cranberry sauce.

A new study from researchers at Worcester Polytechnic Institute (WPI) in Massachusetts endeavoured to answer that question.

The study, due to be published in the journal Food Science and Biotechnology, focused on proanthocyanidins (PACs), a group of flavonoids found in cranberries.  Because they were thought to be the ingredient that gives the juice its infection-fighting properties, PACs have been considered a hopeful target for an effective extract that could be taken in pill form, as opposed to eating or drinking cranberries.

What the scientists found, however, was that cranberry juice was far better at preventing infection than PACs alone.

The study itself explored the mechanisms that a virulent form of E. coli bacteria, the primary cause of most urinary tract infections (UTIs), uses to produce what is called a ‘biofilm’ that sticks to the lining of the urinary tract and allows infection to take hold. This strain of E. coli is covered with small hair-like projections, known as fimbriae, that act like hooks and latch onto cells that line the urinary tract. When enough of the virulent bacteria adhere to cells, they form a biofilm and cause an infection. Previous studies have shown that cranberry juice helps prevent the formation of this biofilm.

In the new study, the researchers incubated two different strains of E. coli in the presence of two different mixtures of commercially available cranberry juice cocktail. They also incubated the bacteria separately in the presence of PACs, but not juice. While the juice cultures completely prevented biofilm formation, the PACs showed only limited ability to reduce biofilm formation.

“What we have shown is that cranberry juice’s ability to prevent biofilms is more complex than we may have originally thought,” said Terri Camesano, professor of chemical engineering at WPI, and lead author of the study. “For a while, the field focused on these PACs, but the data shows that they aren’t the silver bullet.”

The researchers don’t yet understand why juice is better than PAC extracts at preventing infection.