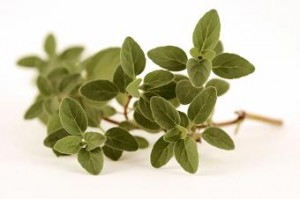 Natural Health News — We already know that many popular culinary herbs are packed with healthful compounds. But for diabetics they may hold an extra promise

Recent lab tests have shown some could work in much the same way as prescription anti-diabetic medication.

In a new study published in the Journal of Agricultural and Food Chemistry, scientists from University of Illinois identified which compounds contribute the most to this promising trait, and they also found that how the herbs are grown makes a difference too.

Some people can manage the disease with exercise and changes to their diet, and others take medication. But not everyone can stick to a new lifestyle or afford the prescription drugs necessary to keep their blood-sugar level in check.

Recent research has shown that herbs could provide a natural way to help lower glucose in blood (see panel left). So the researchers decided to take a closer look.

They tested four different herbs, either greenhouse-grown or dried commercial versions, for their ability to interfere with dipeptidyl peptidase IV (DPP-IV) and protein tyrosine phosphatase 1B (PTP1B), enzymes that play a role in insulin secretion and insulin signalling, respectively, and which are a target of a prescription drugs for diabetes.

They found that greenhouse-grown herbs contained more polyphenols and flavonoids compared to the equivalent dried commercial herbs. But this didn’t affect the concentration required to inhibit the enzyme.

As might be expected the greenhouse-grown herbs contained more antioxidants. However, overall the ability of the herbs to inhibit the target enzymes was not affected by the source, though whether the herbs were fresh or dried did dictate which enzyme they were most effective against.

The results, say the researchers show that the flavonoids in herbs may be a useful way to manage diabetes and this area deserves more study.

The take home message is that getting into the routine of adding more fresh and dried herbs to your cooking will not only make your food more flavourful, it could have health benefits as well.