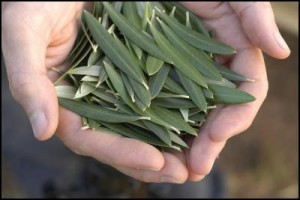 Natural Health News — There’s more to olives than just oil, as a recent study shows that antioxidants in olive leaf extract can improve insulin sensitivity in people at risk of developing metabolic syndrome.

This current study suggests the polyphenols in olive oil may help maintain healthy insulin levels, which can in turn help protect against metabolic syndrome.

After 6 weeks people in each group had what is called a wash out period, where they were not taking any supplement and then switched to the opposite treatment for another 6 weeks.

The researchers assessed insulin sensitivity, as well as levels of glucose, insulin, lipids and pro-inflammatory cytokines. They also evaluated blood pressure, body composition and what is known as carotid intima-media thickness, a measurement of atherosclerosis.

What they found was that, compared to the placebo, olive leaf extract supplementation improved insulin sensitivity by 15% and pancreatic beta-cell responsiveness (cells that store and release insulin) by 28%.

The olive leaf extract also increased levels of the cytokine interleukin-6 (which has an anti-inflammatory action) and the insulin-like growth factor-binding proteins IGFBP-1 and IGFBP-2, which help improve insulin sensitivity.

They did not find any effect of olive leaf extract on other measurements they took including pro-inflammatory substances such as the cytokines interleukin-8 and tumour necrosis factor-alpha or C-reactive protein, nor in blood lipids, liver function, blood pressure, body composition or carotid intima-media thickness.

The study was funded, and the extract used prepared by the company Comvita, which manufactures health products including olive leaf extract.

A 2009 review of the pharmacology and uses of olive leaf extract found evidence for its use as an anti-inflammatory and antimicrobial as well as being useful in normalising insulin levels.

Prevision evidence from animal studies has also shown that olive leaf extract can reverse the chronic inflammation and oxidative stress that induces the cardiovascular, hepatic, and metabolic symptoms in this rat model of diet-induced obesity and diabetes without changing blood pressure.

In a 2008 human study taking 1,000 mg of olive leaf extract per day for 8 weeks resulted in a significant drop blood pressure overall, and lowered levels of LDL or ‘unhealthy’ cholesterol.