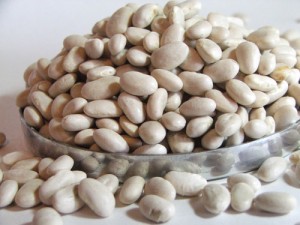 A natural approach to diabetes prevention

There is a silent epidemic sweeping across the Western world. Over 100 million people have already succumbed to it.

It’s called diabetes and it can strike anyone in any family at any time and doctors now fear that it is fast becoming one of the biggest threats to our health.

There are currently around 346 million cases of diabetes worldwide. By 2030, according to a recent report by the International Diabetes Federation (IDF), 552 million people worldwide may have diabetes if more isn’t done to strengthen community and individual health.

Diabetes can be difficult to spot in the early stages. In the UK alone there may be more than 1 million undiagnosed diabetics. This is in part because the common symptoms of diabetes – excessive thirst, excessive urination, fatigue, weakness and apathy, hunger, bad breath, eyesight problems such as double vision and impotence – are also related to other health problems.

There are two main types of diabetes. Type-1, also known as insulin dependent diabetes (IDDM), has a strong genetic factor and comes on in childhood. This rare, but severe type of diabetes often requires a lifetime on insulin.

In contrast, over 90% of those with diabetes have what is known as type-2 or non-insulin dependent diabetes (NIDDM). This type of diabetes, also known as adult onset diabetes, almost always develops after the age of 40 and is largely the result of a combination of genetic inheritance and lifestyle.

The most common risk factors for adult onset diabetes are:

NIDDM can lay dormant for years until something unexpected – for instance prolonged periods of stress or ill health – triggers it.

The common link both types is insulin – the hormone that stimulates cells to absorb and store glucose (sugar). Individuals with IDDM are unable to produce any insulin. Those with NIDDM also may not produce enough.

Diabetes can bring many serious complications such as heart problems and stroke, kidney disease, osteoporosis and deteriorating eyesight. Diabetics are also more easily fatigued and may suffer more frequently and longer from “bugs” which others could shake off easily.

But in spite of the fact that diabetes is a serious disease and its complications are the fourth most frequent cause of premature death among adults, many people refuse to take it seriously – even after being diagnosed as diabetic.

Although type II diabetes can cause subtle damage to the body long before any symptoms appear, the good news is that it is almost entirely preventable. While obesity, physical inactivity, cigarette smoking, and alcohol consumption are each important risk factors, there is overwhelming evidence that dietary factors play the largest part in its development.

A lifetime on a typical Western diet, high in fats, sugars and other refined carbohydrates can take its toll in two ways. Firstly, it can make you overweight and more likely to experience insulin resistance. Over the years, fat cells become sluggish and inefficient at responding to insulin’s instructions to take up glucose.

This stimulates the pancreas to produce even more insulin until eventually it becomes exhausted. Overweight individuals also tend to be less physically active and regular exercise (whether it’s working out at the gym or washing the car) is an important way to help the body to use insulin efficiently.

While it is simplistic to say that sugar causes diabetes, there is a link between sugar consumption and the development of the disease. A diet high in sugar depletes the body of essential nutrients such as chromium – necessary for the effective production of insulin.

Indeed, some nutritionists believe that chronic nutritional deficiencies particularly in chromium, but also magnesium and zinc, can lead to diabetes. Symptoms of these deficiencies are among the first things they look for in those worried about their diabetes risk.

For instance a person who is chromium deficient may suffer from hypoglycaemia and become jittery and shaky if they have not eaten or taken in sugar regularly.

Likewise someone who is deficient in magnesium may be experiencing chronic fatigue, fluid retention, hypoglycaemia, and insomnia; those with a zinc deficiency may be experiencing depression, nervousness, skin rashes, poor skin and hair and a sensitivity to light.

Choosing your foods carefully is an important part of diabetes prevention. For instance, Dutch research in 1991 showed that including more fish in your diet might cut your chances of developing type-2 diabetes in half. This is probably because fish, partially oily fish such as mackerel and salmon, is high in protective omega 3 fatty acids. As little as an ounce a day or two small servings a week could make all the difference.

More recent data have also shown benefits of healthy oils in combating diabetes. In one 2011 study published in the American Journal of Clinical Nutrition people who have the highest levels of two two omega-3 fatty acids found in fatty fish – eicosapentaenoic acid (EPA) and docosahexaenoic acid (DHA) – were about a third less likely to develop diabetes over a 10-year period than those with the lowest levels.

In another 2007 study in the Journal of the American Medical Association a diet rich in fish and other sources of omega-3 fatty acids helped cut the risk that children with a family history of type-1 diabetes would develop the disease. Researchers studied 1,770 children deemed at high risk for diabetes. Those who had a diet rich in the omega-3 acids were 55% less likely to have immune cells that attack insulin-secreting cells in the pancreas.

Love it or hate it but the humble broccoli is a rich source of chromium and according to US data just one serving of broccoli contains around 22 mcg of chromium (a quarter of the daily optimum dose), more than any other food.  Other rich sources of chromium include nuts, oysters, mushrooms, whole grains and brewers yeast.

While it is widely accepted that diet and exercise are beneficial, there are several other remedies that may help stabilise blood sugar levels. For example, onion and garlic are now known to have a very significant ability to lower blood sugar and should be used liberally in the diet. Fenugreek seeds also have a long tradition of use.  A daily cup of tea made from the seeds can help maintain even blood sugar levels.

Another good way to avoid the over-production of insulin is to choose foods that have the lowest impact on your blood sugar levels. While many of us now look for the hidden salt in foods, few of us are aware of the importance of monitoring hidden sugars as well.  This is particularly true today when common dietary advice is to make your diet as high in carbohydrates as possible.

Unfortunately not all carbohydrates are the same.  While all eventually break down into sugar in the body, some do so more quickly than others, placing a burden on the pancreas to produce more and more insulin.

This fact was discovered 25 years ago when US scientists measured blood sugar after feeding human subjects a variety of foods.  This research led to the development of the glycemic index, or GI – a list of foods grouped according to how the affect blood sugar levels.

The GI, challenges much of what we accept about starchy carbohydrates and blood sugar, including revealing the fact that carrots have much the same effect on blood sugar as candy bars and that a “healthy” baked potato can produce a substantial rise in blood sugar.

The scientists also found that the most rapid rises in blood sugar were strangely not stimulated by ice cream and candy bars but by certain breads and processed cereals.

It hardly needs to be said, though that given the choice between a candy bar and a carrot, the vegetable, which also contains important nutrients, should be given priority.

Most recently research has found that healthy fruit juices are another hidden source of sugar.

Scientific studies have shown quite clearly that those who followed a low GI diet can aid in the control of blood sugar levels  and may have a role to play in reducing the risk of developing type-2 diabetes. Foods from the GI can also be helpful in dealing with sugar cravings and weight management. For some low GI food choices see our chart.

Many alternative practitioners, including those who use Traditional Chinese Medicine (TCM), Ayurveda and Naturopathy take a wider view of both the prevention and treatment of diabetes.

Their belief is that problems in major organs such as the kidney, liver and stomach, as well as undue stress, can lead to the development of the disease. TCM actually classifies diabetes according to its type (i.e. stomach, kidney liver) and TCM practitioners often use a mixture of acupuncture and herbs to nourish these organs.

Acupuncture, for instance has been shown to be particularly helpful in regulating blood sugar.

A less esoteric and more widely available Chinese remedy used in both the prevention and treatment of diabetes is guava juice.

In Ayurveda practitioners also use herbs but this method of healing also places emphasis on prevention by balancing the foods you eat to suit your individual type and by reducing stress with meditation, breathing exercises and yoga.

This emphasis on stress reduction likewise has a sound basis. A great many studies show a direct link between blood glucose levels and the amount of stress an individual is under. Stress can also deplete the body of magnesium.

There is also a link between lack of sleep and unhealthy insulin levels.  In 1999 when US scientists took a group of healthy 20-year-olds and deprived them of sleep for several days they discovered just how devastating lack of sleep is to the body. After just three days their insulin levels were similar to those of a 60-year-old diabetic.  A 2010 study found similar results.

Methods of stress reduction are as individual as people and should be chosen to fit in with your lifestyle. There is every indication that gardening or painting (if this is what you enjoy) is as therapeutic as Tai Chi, Yoga or meditation.

Is there a diabetes personality?

From a naturalistic point of view diabetes is not simply a disease of the body. It affects – and is affected by – the mind and emotions as well. Caroline Myss is an internationally recognised expert in the field of integrated medicine. Her speciality is the way that the body and mind interact to create either health or disease.  As well as being a physical disease, Myss believes that those at risk of diabetes exhibit common emotional traits.

According to her  “Diabetes is a disorder related almost entirely to issue of responsibility. These issues show themselves in many different ways, for example resentment over having to take responsibility for another person.”

She cites as examples the child who has to parent its parents, the refusal to mature and take responsibility for ones own life, the need to control others and thus take responsibility away from them, and the habit of making excuses for other’s irresponsible behaviour as just some of the issues which can raise the risk of diabetes.

It’s a controversial proposal but one that mind/body practitioners believe deserves consideration.

Adult onset diabetes is clearly a complex disease with devastating consequences for those who suffer from it. But it is also a disease that is largely within our power to stop.

Many people with diabetes don’t know it until the symptoms of the disease become so acute they need urgent medical attention. This is one reason why prevention is so important.

Making a few simple adjustments in your lifestyle before symptoms become apparent can make all the difference between a healthy middle age and one spent at war with your body and focused entirely on food intake and medication.