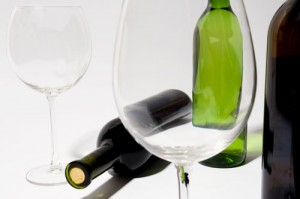 Alcohol intake has both benefits and risks for women [Image: University of Gottenberg]

Natural Health News — A new study linking a woman’s weekly alcohol consumption with breast cancer has grabbed a lot of headlines this week. But how much can we trust the findings?

The study, published in the Journal of the American Medical Association, collected data from the 105,986 women enrolled in the Nurses’ Health Study and followed the women from 1980 until 2008, assessing their alcohol intake on 9 occasions during that period.

The ongoing, decades-long Nurses’ Health Study is one of the largest studies of its kind and is used as the basis for many analyses of what affects women’s health, most recently the link between coffee drinking and skin cancer.

In this study, the risk of breast cancer was found to be somewhat increased among consumers of alcohol, even those whose total alcohol consumption was reported to be in a ‘normal’ range of 3-6 drinks per week.

Similar small increases in the risk of breast cancer have been found from alcohol consumption in the majority of previous studies. But in general, the relation seems to be stronger for women who are heavy drinkers or who binge drink, who are also taking post-menopausal hormonal therapy, and/or have low intakes of dietary folate.

A strength of this study was the very large number of women, permitting the investigators to attempt to determine if both the amount of alcohol and the frequency of consumption were important in this association. Despite what most of us have read,  strong effects were not found for either. Whatismore, when adjusting for the cumulative lifetime consumption of alcohol, frequency of consumption (1-2, 3-4, or 5-7 days per week) had no effect.

Under-reported is the authors’ own admission of the complexity of the data and the dilemma that women face regarding alcohol intake, which may increase  the risk of breast cancer slightly in some women, but which may markedly decrease the risk of other more common diseases, especially heart disease.

They conclude: “An individual will need to weigh the modest risks of light to moderate alcohol use on breast cancer development against the beneficial effects on cardiovascular disease to make the best personal choice regarding alcohol consumption.”

Commenting on the study the International Scientific Forum on Alcohol Research said: “The results are plausible from the pathophysiological point of view: alcohol intake increases estrogen levels and this means that women have a slightly lower risk for osteoporosis and a slightly higher risk for breast cancer. When we tell the public that current data suggest small to moderate amounts of alcohol protect against cardiovascular disease, osteoporosis, diabetes mellitus, and vascular dementia, we should also state that breast cancer risk in women is slightly increased.”

For women who do not drink heavily and who maintain good health in other ways, for instance by keeping weight down and exercising regularly and avoiding toxic chemicals in everyday life (see our video), the results of this latest study are probably not very meaningful.

More important, and less discussed this week, was a University of Gothenberg study into doctors’ advice on drinking.

The researchers found that doctors who drink more themselves are more liberal in their advice to patients regarding alcohol consumption. They set higher, but also contradictory, thresholds for what is harmful, which meant that while men who are heavy drinkers receive little help or advice to curb their alcohol intake, women are often advised to stop altogether.

Heavy and binge drinking does appear to be becoming more common in our society, especially amongst women, but it’s important to remember that the same gender biases may exist within the media reporting such stories!

Alcohol intake has both benefits and risks for women [Image: University of Gottenberg]