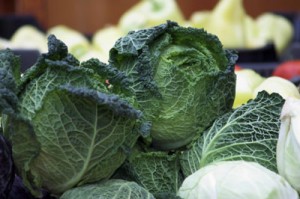 Researchers from Spain analysed the diets of  1,069 men and women with an average age of 67.5 over a period of 5.5 years. They looked specifically at the dietary intake of a type of vitamin K called  phylloquinone, or vitamin K1, and compared it to the occurrence of type 2 diabetes in these people.

The results, published in the American Journal of Clinical Nutrition showed that people with type-2 diabetes at the beginning of the study were much more likely to have low level of Vitamin K1 in their blood.

Earlier this year a the findings of a study in the Netherlands (presented ahead of publication) came to a similar conclusion. The researchers monitored the diets of 2,719 men and women over the course of a year, and found those in the top 20% of vitamin K intake had significantly lower blood glucose levels, suggesting their bodies were better able to use the insulin produced by the pancreas, hence a lower diabetes risk.

Vitamin K is a group of structurally similar, fat-soluble vitamins. There are two known types of natural vitamin K: K1 (phylloquinone) is found in green leafy vegetables such as lettuce, broccoli, kale, beet greens, cabbage and spinach, and makes up about 90% of the vitamin K in a typical Western diet; and K2 (menaquinone), which makes up about 10% of consumption and can be synthesized in the gut by healthy microflora.

Both types of vitamin K are involved in metabolism, blood coagulation, and in metabolic pathways related to the health of our bones and other tissues.

Vitamin K deficiency may be more common than previously thought, according to findings from a 2007 Dutch study. The Spanish researchers commented that the findings would add to the growing body of potential health benefits of vitamin K consumption.