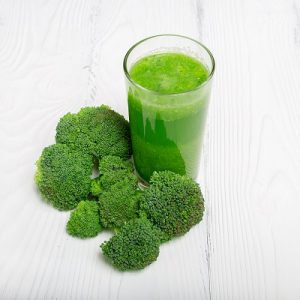 Broccoli and other cruciferous vegetables are rich in sulforaphane - a naturla substance that could help manage diabetes. [Photo: Bigstock]

Broccoli could be a secret weapon against diabetes

The findings could offer a much needed alternative to address the condition, which has become a worldwide epidemic.

Type-2 diabetes, the most common form of diabetes, affects more than 300 million people globally. For those with the disease who are obese as well, excess fat in the liver can make the body less sensitive to the hormone insulin, which can make it difficult for the liver to help regulate blood sugar levels.

Normally, insulin, which is produced by the pancreas, stimulates the liver to pull glucose out of the bloodstream and store it for later use.

» Swedish scientists have used a mixture of computer analysis and human trial to identify substances that can ‘switch off’ the genes associated with hyperglycemia.

» The most promising substance they found was sulforaphane, a naturally occurring compound found in cruciferous vegetables like broccoli.

» In tests on people with type-2 diabetes sulforaphane was particularity effective in obese people who were less sensitive to insulin. In these individuals it reduced fasting blood glucose by 10%.

When the drugs don’t work

People with type-2 diabetes are usually advised to change their diet to help control their blood sugar levels. Some are given the drug metformin, though about 15% of type-2 diabetes patients are not able to take the drug.  This is because they have reduced kidney function and metformin can increase their risk of an unhealthy build-up of lactic acid (lactic acidosis), which can cause abdominal discomfort, shallow breathing, muscle pain or cramping, and tiredness.

Seeking a more viable path forward, Annika Axelsson an assistant professor at the University of Gothenburg in Sweden and her colleagues used liver tissue from diabetic mice and computer analysis to identify 1,720 genes associated with hyperglycemia, a condition in which an excessive amount of glucose circulates in the blood.

This group was narrowed further to a network of 50 linked genes that together result in high blood glucose levels. This network became the so-called disease signature for type-2 diabetes.

They then searched a drug database for existing compounds known to block the activity of these genes. The most promising of these – sulforaphane, a naturally occurring compound found in cruciferous vegetables – reduced glucose production by liver cells growing in culture, and, in an initial experiment with diabetic rats, shifted liver gene expression away from a diseased state.

The researchers then gave concentrated broccoli sprout extracts to 97 people with type-2 diabetes  in a 12-week randomised placebo-controlled trial. Broccoli sprouts are a particularly rich source of glucoraphanin, a compound that generates sulforaphane when the plant is chewed or the beverage swallowed.

In these individuals sulforaphane reduced fasting blood glucose by 10% compared to the participants in the study who took a placebo.  That’s enough to lower a person’s risk of developing health complications. In addition, it did not cause the side effects, including the gastrointestinal problems that metformin can cause.

This human data is very encouraging, though it is worth remembering that the concentration of sulforaphane taken was around 100 times that found naturally in broccoli – approximately the same as eating around 5kg of broccoli daily.

Commenting on the study, published in the journal Science Translational Medicine. Rosengren said: “It’s very exciting and opens up new possibilities for the treatment of type-2 diabetes,”

Broccoli and other cruciferous vegetables are rich in sulforaphane - a naturla substance that could help manage diabetes. [Photo: Bigstock]