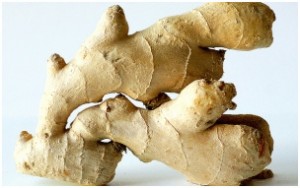 Iranian scientists working out of the Tabriz University of Medical Sciences conducted a two month  randomised, double-blind, placebo-controlled trial of 64 people with type-2 diabetes. During this time the study subjects were randomly given either a placebo or 2 g of ginger each day.

In type-2 diabetes, which usually develops later in life due to a combination of unhealthy lifestyle factors,  the body does not respond efficiency to  the  blood sugar-regulating hormone insulin. This is different from type-1, or insulin dependant diabetes, which develops earlier in life and is characterised by the body’s failing to produce sufficient insulin to regulate blood sugar.

At the end of this study, those who had received ginger had significantly higher insulin sensitivity and significantly lower levels of insulin, as well as lower LDL (“bad”) cholesterol and triglycerides.

According to the study published in the International Journal of Food Sciences and Nutrition the findings suggest that ginger might be helpful to reduce “secondary complications” of type 2 diabetes, the researchers concluded.

Other researchers have come to similar conclusions. In 2012 Australian researchers found that extracts from Buderim ginger – a variety native to Australia – could increase uptake of glucose by the cells without the need of insulin.

Native to Africa, India, China, Australia and Jamaica, it is commonly used as a spice or flavouring agent in cooking,as well as a remedy for various ailments such as nausea and indigestion.

Ginger has many compounds with treatment properties including gingerones, gingerols, paradols and shogaols the researchers noted. their data showed that the components responsible for the increase in glucose uptake were gingerols, the major phenolic or antioxidant, components in ginger.

The Buderim ginger used in this study was particularly rich in the gingerols, particularly the [6]- and [8]-gingerols which appear to be most effective at increasing uptake of glucose.

In 2009 researchers reported that that two different ginger extracts,  spissum and an oily extract, interact with serotonin receptors to reveres their effect on insulin secretion.

Treatment with the extracts led to a 35% drop in blood glucose levels and a 10% increase in plasma insulin levels.

Ginger root has also been shown in animal studies to protect against the kidney damage that is secondary to diabetes in around 1 in 3 diabetics. It may also help improve abnormal digestive function induced by elevated blood sugar