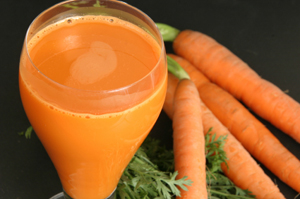 Beta carotene could protect those at risk of type-2 diabetes

Natural Health News — Supplementing with beta carotene may help prevent diabetes in people who have a genetic predisposition to the disease.

The Stanford University researchers, led by Dr Atul Butte, associate professor of systems medicine in paediatrics,  found that both beta carotene and gamma tocopherol (one of the vitamin E spectrum of nutrients) interact with  a gene known as SLC304A to influence the risk of diabetes.

“Type-2 diabetes affects about 15 percent of the world’s population, and the numbers are increasing,” said Butte, “This vitamin was already known as being ‘good’ with respect to type-2 diabetes, so it was no surprise that we saw it, too,” said Butte. “But it was reassuring, as it suggested we were doing things right, and interesting to find it paired with SLC30A4.”

The authors of the study which appears in the journal Human Genetics note that Government health authorities estimate that one-third of all children born in the United States since the year 2000 will get this disease at some point in their lives, possibly knocking decades off their life expectancies.

In people carrying this genetic variant, the researchers pinpointed a highly statistically significant inverse association between beta carotene blood levels and type-2 diabetes risk – in other words the higher their blood levels beta carotene (which the body can convert into vitamin A), the lower the risk of diabetes.

Not a simple association

The same study also found that high blood levels of gamma tocopherol raised the risk for the disease a finding that was both unexpected and disconcerting.

“We can’t say, based on just this study, that ‘vitamin E is bad for you,’” said co author Chirag Patel, PhD. He noted that blood levels of alpha tocopherol — another form of vitamin E that predominates in most supplements — showed no deleterious interaction with the predisposing gene variant in the new study.

The researchers say they don’t fully understand how these genetic variants or nutrients influence the course of diabetes.

But he adds, genes don’t act in a vacuum. For instance if food is hard to find, nobody gets fat, genetic predisposition to obesity or not.