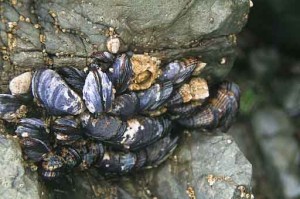 Swimming in a sea of caffeine

Natural Health News — Science has discovered an unexpected side effect of our addiction to caffeine.

Researchers have found elevated levels of caffeine at several ocean sites along the Pacific Northwest coastline.

In spring 2010, the research team collected and analysed samples from 14 coastal locations and seven adjacent water bodies along the Northwest Pacific coastal region. Locations were chosen by how potentially polluted they were – for instance if they were near wastewater treatment plants, large population centres or rivers and streams emptying into the ocean.

The study revealed high caffeine levels near two parkland areas that were not near   potential pollution sources, but low levels of caffeine near large population centres. High levels were also found following a late-season storm of wind and rain that triggered sewer overflows.

Results of the study, which were published in the journal Marine Pollution Bulletin, suggest that while wastewater treatment plants are effective at removing caffeine, high rainfall and combined sewer overflows tend to flush the contaminants out to sea. They also suggest that septic tanks, such as those used at the state parks, may be less effective at containing pollution than previously thought.

Caffeine is found in many food and beverage products as well as some pharmaceuticals, and caffeine pollution is directly related to human activity. Although many plant species produce caffeine, there are no natural sources of the substance in the Northwest.

The presence of caffeine in waterways may act like a canary in the coal mine for other types of man-made pollution, such as pesticides, pharmaceuticals and other contaminants.

Although this study is the first to look at caffeine pollution in this part of the world, this is not the first study to find caffeine in marine environments. Previous studies have found caffeine in other bodies of water around the world, including the North Sea, the Mediterranean, Puget Sound, Boston Harbor, and Sarasota Bay, Florida.

In 2011 Canadian researchers from the University of  Montreal also concluded that because caffeine is so widely consumed by humans its presence in waterways is a useful indicator of human sewerage contamination.

While most of us are used to thinking of pollution in terms of industrial chemicals, any chemical that shouldn’t be there is a potential marine pollutant and a potential threat to marine ecosystems and marine animals. The scientists say that levels detected were well below what is considered a lethal dose for marine life.

“We humans drink caffeinated beverages because caffeine has a biological effect on us – so it isn’t too surprising that caffeine affects other animals, too,” says one of the researchers, Elise Granek assistant professor of Environmental Science and Management at Portland State University.

For more in the effects of caffeine see our health tip story here.