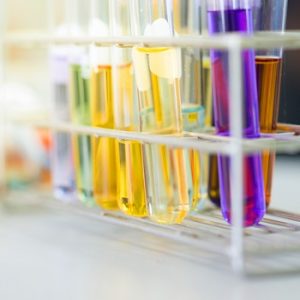 When it comes to toxic chemicals, look before you leap. [Photo: Bigstock]

The Precautionary Principle – a common sense approach to toxic chemicals

Who decides what risks you will take with your health and your life? And on what information is that decision based?

Among human beings, there used to be common sense precepts that provided guidance, for instance, “Better safe than sorry” and “Look before you leap”.

Although there is a prevailing trend in our culture towards less cautious life philosophies, at heart, most of us want to keep ourselves and our families safe from environmental poisons. Yet, there is still an erroneous belief that environmental toxins are things that are ‘out there’. It’s a belief that makes it difficult to get to grips with the idea that there are no longer any barriers between what is out there in the wider environment and what is polluting the immediate environment in your home, school or office.

Over the years, our lack of care for ourselves, our planet and the wellbeing of future generations has allowed manufacturers to get away with selling us everyday products, including food, cosmetics and household cleaners, that are laced with poisons. It has allowed industry and agriculture to get away with polluting our waterways and soil.

Worse, it has allowed governments to get away with providing heavy subsidies to these polluters while at the same time refusing to fund studies into the cause and effects of pollution, and completely ignoring the impact this environmental onslaught has on the planet and its inhabitants.

As a result, we now live in a world overwhelmed with toxic substances. They are in our air, our water and our food. People who protest against such actions are inevitably labelled hysterics and scaremongers.

For us as individuals it translates into a mind-blowing spend on prescription drugs. America spends $307 billion a year, that’s $841 million a day on mediating it’s people. In the UK according we spend £22 million a day.

For years, the environmental and public health movements have been struggling to find an idea that will give concerned individuals the opportunity to find their common sense again, a concept that acknowledges, but ultimately overrides, scientific uncertainty about cause and effect, and shifts the burden of proof of relative harm or safety from the consumer to the polluter.

The issue of scientific uncertainty is, in fact, an enormous barrier in the campaign to protect human health from the threat of a toxic environment.

When environmental groups and individuals speak out against potentially harmful practices, they are inevitably asked to supply ‘proof’ of harm (in contrast the polluters, who rarely have to supply data, in some cases, not even safety data for the chemicals they produce or use). Yet, ‘conclusive’ studies – as defined by the medical and scientific communities – into the harmful effects of pesticides, and other harmful substances are sometimes hard to find.

One reason for this is that not all of the current studies into environmental toxins conform to that ‘gold standard’ of medical research, the double-blind, randomised, placebo-controlled trial. Indeed, it may be impossible to construct such a trial around environmental toxins.

Since we are all exposed to a greater or lesser extent, it would be impossible to find a large enough and healthy enough group of non-exposed individuals to compare results with. What’s more, the ethics of exposing trial participants to known carcinogens to see how long it would take for them to become sick would be highly questionable.

These difficulties have, for a very long time, worked in favour of polluters. But don’t fall into the trap of assuming that no clear-cut evidence of harm is the same as evidence of safety.

Likewise, as our understanding of the body grows, it becomes apparent that the harm caused by environmental toxins can, initially, be very subtle.

In contrast, most scientific research is constructed to measure the gross and obvious changes in people’s health, and regulations and other actions to protect human health are usually implemented only after evidence of significant harm – for example, mass deaths and clusters of severe illnesses, usually accompanied by lawsuits – has been established.

Other hurdles stand in the way of our understanding of the harm caused by environmental toxins. When assessing the harm done by environmental toxins, many government agencies use what is known as ‘risk analysis’ to calculate levels of acceptable risk. Indeed, the idea of acceptable or low risk is enthusiastically sold to the public as a good reason to continue exposing ourselves to certain toxins, such as pesticides or heavy metals.

In addition, when potential hazards are addressed by government agencies, they are usually addressed one at a time, even though none of us is ever exposed to pollutants one at a time. Broader issues, such as the need to promote organic agriculture, to de-escalate our addictions to shopping and to acquiring consumer goods, to encourage the use of non-toxic products and to phase out whole classes of dangerous chemicals are also rarely addressed.

To overcome all these barriers requires new thinking about the nature of ‘evidence’, but also about effective means of protection. In response to this need, a sophisticated version of the old adage “better safe than sorry” has evolved.

The Precautionary Principle stands in stark contrast to the ‘acceptable risk’ or ‘risk analysis model’ that is currently used by scientists to reassure the public of the safety of environmental toxins.

Risk analysis – which evolved out of the world of engineering in the 1970s – was and is a good way of measuring things we can know, for instance, the weight a suspension bridge can bear.

But it is a very poor method of calculating subtler, harder to spot, human health risks, such as the effect of certain neurotoxic chemicals on a child’s neurological development (which appears to have more to do with the timing of exposure than with the amount).

With risk analysis, whatever can’t be quantified (that is, reduced to a numerical, statistical risk factor) is simply taken out of the equation as unimportant. But doing so creates large gaps in our understanding, and gives big corporations and government agencies a good excuse to continue moving forward with actions that may well be harmful to human health.

Perhaps most crucially, the Precautionary Principle acknowledges that the nature of what is considered scientific ‘evidence’ has to change. In these days, we must take into account all kinds of data – classical studies, case reports, consumer complaints and more – to arrive at reasonable conclusions.

The Precautionary Principle, which is enshrined in European Law, but not US law, is in part  a rejection of crude ideas of cause and effect as applied to the exquisitely sensitive and complex human body.

It’s a rejection of the idea that the traditional methods of research are the best or only ways to study harm and predict risk, and of the belief that the scientific community is in a strong position to tell the average citizen what risks should and should not be taken.

What a philosophy like the Precautionary Principle brings into the equation is the realisation that the average citizen has the power within their grasp to reject bland assurances of safety in favour of actual proof.

It provides support for the idea that our own environments are our business, and that we can make changes for the better that could have a significant impact on our longer-term health as well as that of future generations.

When it comes to toxic chemicals, look before you leap. [Photo: Bigstock]