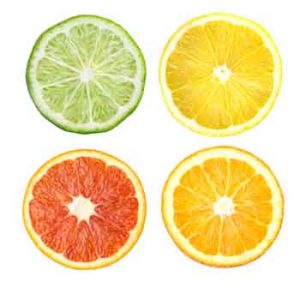 Natural Health News — A diet rich in vitamin C could cut the risk of cataracts by up to a thirds, according to new research.

Cataracts are a common condition in which the lens of the eye becomes cloudy over time. Whilst this is a natural part of ageing for many, for others it is more severe and causes blurred vision, glare and dazzle that cannot be corrected by glasses or contact lenses. Today it is the leading cause of blindness globally and it is usually treated with surgery.

The study, published in the journal Ophthalmology, is also the first to show that diet and lifestyle may play a greater role than genetics in cataract development and severity.

Researchers at King’s College London looked at whether certain nutrients from food or supplements could help prevent cataract progression. They also tried to find out how much environmental factors such as diet mattered versus genetics. To do this they examined data from more than 1,000 pairs of female twins from the United Kingdom. The women answered a food questionnaire to track the intake of vitamin C and other nutrients, including vitamins A, B, D, E, copper, manganese and zinc.

» Cataracts cause the lens of the eye to become cloudy. They are a leading cause of blindness globally.

» Although we associate them with genetics and ageing, a new study suggests that lifestyle factors such as diet play a much more influential role.

» In a 10-year study of female twins those who had diets highest in vitamin C as they aged had a 33% lower risk of cataract progression.

To measure the progression of cataracts, digital imaging was used to check the opacity of their lenses at around age 60. They performed a follow-up measurement on 324 pairs of the twins about 10 years later.

At the beginning of the study, diets rich in vitamin C were associated with a 20% risk reduction for cataract. After 10 years, researchers found that women who reported consuming more vitamin C-rich foods had a 33% risk reduction of cataract progression.

Genetic factors accounted for 35% of the difference in cataract progression. But lifestyle factors, such as diet, accounted for 65%.

How vitamin C inhibits cataract progression may have to do with its strength as an antioxidant. The fluid inside the eye is normally high in vitamin C, which helps prevent oxidation that clouds the lens.

More vitamin C in the diet may increase the amount present in the fluid around the lens, providing extra protection. The researchers noted that their study only looked at vitamin C obtained through food and not vitamin supplements.

Trials of supplements alone have been mixed and not all show positive results. However in one study women who took vitamin C supplements for at least 10 years were only 23% less as likely to develop cataracts as women who received the vitamin only in their diet. A second study showed a 45% decrease in cataracts with Vitamin C. However, no benefit was seen among those who consumed Vitamin C supplements for less than 10 years. They key is likely to obtain your vitamin C from as wide a range of sources as possible – as recommended by groups such as the American Optometric Association.

“While we cannot totally avoid developing cataracts, we may be able to delay their onset and keep them from worsening significantly by eating a diet rich in vitamin C.”