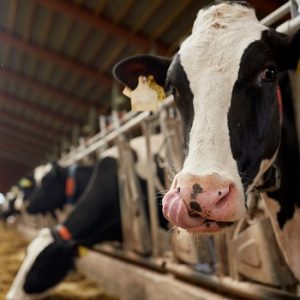 Natural Health News — A form of genetically engineered vitamin B2 – outlawed for use in animal feed but still in circulation – is dramatically increasing resistance to vital antibiotics in Europe.

The genetically engineered bacteria are used to produce vitamin B2 (riboflavin) which is routinely added to animal feed. There are many natural sources of riboflavin, but livestock producers are increasingly using the genetically engineered feed additives. The European Food Safety Authority (EFSA) has already assessed and approved many similar products, but these types of additives are only allowed to be mixed into animal feed products if there is no longer any trace of the bacteria.

Tests have revealed, however, that viable bacteria with a four-fold resistance to antibiotics, three of which are due to genetic engineering, have been found in animal feed products. These live bacteria can spread resistance to other bacteria and, according to the European Food Safety Authority (EFSA), these contaminated animal feed products pose a risk for “consumers, users and the environment”.

The additive was produced by Chinese company Shandong and distributed by Dutch company Trouw Nutrition, owner of Nutreco, the world leader in animal feed,Initially the contaminated feed was thought to be from manufacturers in China.  Indeed there are many thriving businesses in the EU and elsewhere which produce synthetic and genetically engineered ingredients for both human and animals, none of which requires labelling under current laws.

In addition to spreading resistance  to antibiotics that are therapeutically important, Testbiotech – a European  Institute for Independent Impact Assessment of Biotechnology – says that the viable bacteria in animal feed means the EU is also facing potentially the biggest case of uncontrolled spread of non-approved genetically engineered organisms in its history.

Delays – even in the face of risk

The first reports of such GM microorganisms appeared as early as 2014 (the very same year the feed additives were approved in the EU) in feed in Belgium.

In October 2016, a joint investigation involving several EU regulatory authorities and the German consumer protection authority (BVL), found that the specific animal feed products should never have been marketed. But no action was taken to remove the products from the market.

Instead, in 2016, the EU Commission asked EFSA for a new risk assessment of the feed additive. It took EFSA until March 2018 to publish its report, which concluded that the genetically engineered bacteria posed substantial risks for health and the environment.

It took them took until September 2018 for the EU Commission to take action and decide to remove the products from the market – though it also allowed a transitional period until mid-2019 for this process to be completed.

These two cases show the importance of labelling and good detection methods – something which may become increasingly difficult as newer ‘gene editing’ technologies such as CRISPR come on stream. The biotech companies’ claim that gene edited organisms are identical to natural ones means they may also be harder for regulators to detect.

To better enable assessment and control Christoph Then of Testbiotech says that is “absolutely necessary to make precise data available to show exactly how each organism has been changed.” He notes that it is especially concerning that the EU Commission is considering changes to the General Food Law Regulation (EC 178/2002) which would reduce transparency and therefore accountability around GM food additives. The European Parliament is due to take a vote on this month.

“This case shows that the EU Commission is not taking the risks associated with genetically engineered organisms seriously enough. These bacteria were able to spread for several years in animal farming environments, and also pass their resistance on to other disease-causing microbes,” says Then. “This is in effect a massive non-approved release of genetically engineered organisms. It should have been stopped as soon as possible, without delay.”