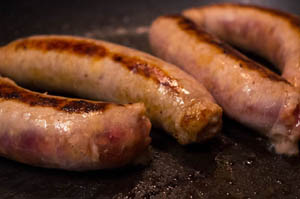 One of the largest studies ever performed shows excess processed meat in the diet can cut your life short [Image: auttiedot - Morguefile]

Natural Health News — Diets laden with pies, sausages, and ready meals – and the unhealthy lifestyles that come with them – can lead to an early death, according to a new study.

While the finding isn’t exactly new, the sheer size of the study which involved half a million people leaves little doubt about the link between processed meat and heart disease and cancer.

The findings, reported in the journal BMC Medicine come in the wake of Europe’s horse meat scandal which has caused people to question the origins of their food.

The study, which is part of the ongoing EPIC (European Prospective Investigation into Cancer and Nutrition) trial,  recruited men and women aged 35 to 70 with widely ranging diets from 10 European countries.

Participants filled in questionnaires about the food they had consumed over the previous 12 months.

Meats were grouped into red, white and processed.

Processed meat is the problem

Rates of premature death rose with the quantity of processed meat eaten.

Over a typical follow up time of 12.7 years, the risk of dying from any cause was 44% greater for high processed meat consumers. High consumption of processed meat was defined as 160g  (3 1/2 oz) or more per day – roughly equivalent to two sausages and a slice of bacon.

According to lead researchers Professor Sabine Rohrmann, from the University of Zurich in Switzerland, said: “Risks of dying earlier from cancer and cardiovascular disease also increased with the amount of processed meat eaten.Overall, we estimate that 3% of premature deaths each year could be prevented if people ate less than 20 grams of processed meat per day.”

In general, diets high in processed meat were linked to unhealthy lifestyles. Men and women who ate the most processed meat ate the fewest fruits and vegetables, and were more likely to smoke.

Men, but not women, who ate a lot of meat also tended to have high level of alcohol consumption.

The researchers adjusted the data to take account of these and other factors that might have influenced the results.

It’s not about going veggie, it’s about sensible choices

As seen in previous studies, eating both red meat and poultry were not associated with significant increases in mortality risk, and small quantities of red meat appeared to be beneficial.

The authors pointed out that red meat contains essential nutrients and minerals that might be missing from a vegetarian diet.

Red meat also contains saturated fat and cholesterol. However, these were present at much higher levels in processed meat products, which also contained preservatives and colourants linked to cancer, said the scientists.

The researchers concluded: “The results of our analyses suggest that men and women with a high consumption of processed meat are at increased risk of early death, particularly due to cardiovascular diseases but also cancer.

One of the largest studies ever performed shows excess processed meat in the diet can cut your life short [Image: auttiedot - Morguefile]