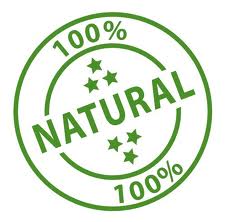 Can you trust a food label that says 'natural'? A new survey suggests the answer is 'no!'

Not according to a new report by Consumer Reports in the US.

A majority of US packaged foods labelled as “natural” and tested by the non-profit testing group actually contained a substantial level of genetically modified ingredients.

This is yet another way in which the word ‘natural’ – which has not legal definition – can be grossly misleading for consumers.

Consumer Reports conducted a survey of more than 80 different processed foods containing corn or soya, the two most widely grown genetically engineered crops in the United States, to determine whether labelling claims for GMO presence were accurate.

While foods labelled as “non-GMO,” or “organic” were found to be free of genetically modified corn and soya (or at least within legal upper limits of 0.9% adulteration with GMOs), virtually all of the foods labelled as “natural” or not labelled with any claim relating to GMO content contained substantial amounts of GMO ingredients.

GMOs were found in breakfast cereals, chips, and even infant formula.

The organization said it tested at least two samples of each of the 80 products, purchased between April and July 2014, to check for GMOs.

The report comes as the Grocery Manufacturers Association, which represents more than 300 food companies, is pushing the federal government to develop a definition of the term “natural” on food packaging, and to allow foods containing GMOs to be labelled as natural.

Some food manufacturers such as corn ship manufacturers Frito-Lay and condiment manufacturer Heinz,  have been sued for using “all natural” labels on products that contain genetically modified ingredients, most recently

Biotech crops currently on the market include corn, soybeans, canola and sugar beets that have been genetically altered to repel pests or tolerate direct spraying of herbicides.

No proof of safety

The companies that produce GMO crops say they are safe to consume even though they have never been tested for safety in humans and research has suggested links to human and animal health problems and environmental damage.

Last October, an international coalition of scientists said there is a lack of consensus in the scientific community about the safety of genetically modified crops.

This year, the state of Vermont has passed a law that requires foods containing GMO ingredients to be labelled as such. Now more than 20 other states are considering mandatory labelling of GMO foods, including Colorado and Oregon, which will be voting on this issue in November.

More than 60 percent of people in a national survey conducted by consumer Reports said they believed that “Natural” means “No GMOs.” But says the organisation, but unless the product is organic or  independently certified (for instance through the US Non-GMO Project) their research suggests this is highly likely to be untrue.

“The confusing nature of this claim is just one reason we are asking the government to ban the use of ‘natural’ labels on food,” says Urvashi Rangan, Ph.D., director of the safety and sustainability centre at Consumer Reports.

Can you trust a food label that says 'natural'? A new survey suggests the answer is 'no!'