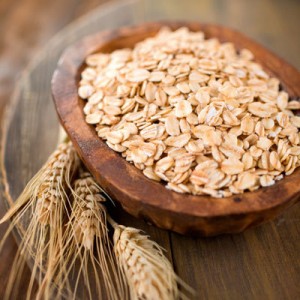 Daily consumption of at least 3 grams of oat beta-glucan may reduce cholesterol levels.

Natural Health News — Daily consumption of at least 3 grams of oat beta-glucan may reduce cholesterol levels more than has been previously thought, according to a new analysis.

These greater effects are linked to high molecular weight forms of the ingredient, says the scientists.

Beta-glucan, a type of dietary fibre found in abundance in oats, has been recognised as having blood cholesterol-lowering properties. A major proposed mechanism is that dietary oat beta-glucan forms a viscous layer in the small intestine.

The FDA allows a health claim on reduced risk of heart disease. The European Food Safety Authority (EFSA) also recognises a cause and effect relationship of oat beta-glucan in lowering cholesterol and has approved a health claim related to maintenance of normal blood LDL-cholesterol concentrations.

Previous meta-analysis have reported that the ingredient may reduce total cholesterol levels by 0.13-0.19 mmol/L, but such analyses did not consider the molecular weight of the oat beta-glucan. A high molecular weight means it can be released from the food matrix during digestion and form a viscous gel inside the small intestine.

In a new meta-analysis, published in the American Journal of Clinical Nutrition , scientists from Lancaster University (England), the University of Wollongong (Australia), Agriculture and Agri-Food Canada, and the University of Toronto analyzed data from 28 clinical trials published between 1966 and 2013.

Results indicated that three grams per day of the oat beta-glucan were associated with LDL and total cholesterol reductions of 0.25 mmol/L and 0.30 mmol/L, respectively. Such reductions are between 50 and 100% higher than those published in previous analyses, showing the importance of the molecular weight.

In addition, the scientists reported that the benefits were observed across different geographies, including Europe, North America, Asia, and Australia, and consumer demographics, including lean, overweight, or obese men and women, with or without type-2 diabetes.

Daily consumption of at least 3 grams of oat beta-glucan may reduce cholesterol levels.