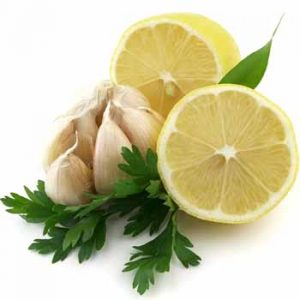 A daily shot of garlic and lemon juice could help keep your heart healthy. [Photo: Bigstock]

Natural Health News — A daily dose of garlic and lemon juice could be just what the doctor ordered to keep cholesterol in check.

Scientists from the Isfahan University of Medical Sciences in Iran recruited 112 people with elevated blood lipid levels (hyperlipidemia) to participate in their trial. The participants were randomly assigned to one of four groups.

» Iranian researchers have given credence to a traditional kitchen cupboard solution for maintaining health.

» Over the course of an 8 week study they found that a daily dose of fresh garlic and lemon juice helped to reduce blood pressure and cholesterol in people with high blood fat levels (hyperlipidemia).

For BMI, systolic and diastolic blood garlic on its own performed as well as the garlic/lemon combination – a finding that supports the cardiovascular benefits of garlic. Indeed, a recent meta-analysis of 7 randomised controlled trials concluded that garlic supplements could reduce systolic and diastolic blood pressure by an average of 6.71 mmHg and 4.79 mmHg, respectively.

Writing in the in the  International Journal of Preventive Medicine the Iranian researchers summarise:

A daily shot of garlic and lemon juice could help keep your heart healthy. [Photo: Bigstock]