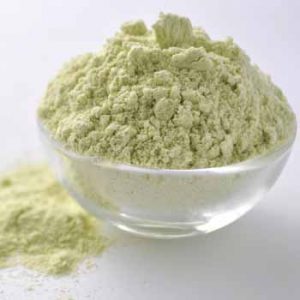 Pulses, such as yellow peas, are an excellent source of fibre that can aid weight loss and glucose management. [Photo: Bigstock]

Twelve weeks of supplementation with the yellow pea fibre resulted in weight loss and better glucose control, according to data published in Clinical Nutrition.

In addition, the pea fibre group also consumed 16% fewer calories during a follow-up lunch buffet, compared with no change in the placebo group.

» In spite of their many healthful properties, pulses are a largely neglected food in the Western diet.

» However according to Canadian researchers, pulses, which are rich in fibre, could help with the very Western problem of obesity and overweight

» Consuming just 15g of yellow pea fibre each day helped halt weight gain and increase satiety in overweight individuals, resulting in them eating less at subsequent meals. Those who ate the pea fibre also had better glucose tolerance and improvement in body fat.

Although animal studies have demonstrated that yellow pea fibre can produce beneficial changes in gut microbiota, the researchers say they were unable to detect any significant changes in microbiota at the dose tested. This suggests that the metabolic benefits of pea fibre may occur independently of microbial changes and instead are directly related to reductions in energy intake.

The Canada-based researchers recruited 50 men and women with an average age of 44 and an average BMI of 32.9 kg/m2 to participate in their study. Participants consumed wafers with or without 15 grams of pea fibre per day. No other lifestyle changes were required.

After 12 weeks, the results showed that the pea fibre group lost more body weight than placebo – of 0.87 kg, compared to an average increase in the placebo group of 0.4 kg.

While the magnitude of weight loss was small, the simple addition of fibre-rich wafers to the daily diet appeared to halt the slow but progressive increase in body weight that typically occurs over time. Importantly, body weight reduction occurred largely due to loss of body fat, while lean mass did not change.

The study, comes as the International Year of Pulses gets into full swing.

A largely neglected food in the Western diet, pulses are a low-fat source of protein, fibre, vitamins and minerals. Their inclusion in the daily diet has been shown to help prevent diet-related illnesses like diabetes and heart disease.

By increasing satiety, pulses can also assist with weight management giving those who struggle to manage their weight on a daily basis a useful and healthy food option.

Pulses, such as yellow peas, are an excellent source of fibre that can aid weight loss and glucose management. [Photo: Bigstock]