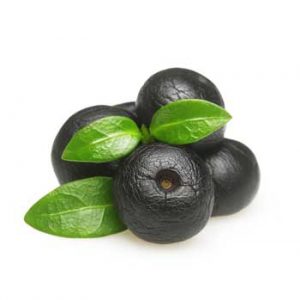 The high antioxidant content of acai berries may have heart benefits. [Photo: Bigstock]

It may sound like a strange prescription, but according to UK researchers the combination could lead to better vascular health.

Açai berries (pronounced ah-sigh-ee) come from the açai palm and are mostly native to Brazil, Trinidad and northern South America. They have long formed part of the staple diet of indigenous people in those regions. With the appearance of a purple grape and taste of a tropical berry, it has been shown to have powerful antioxidant properties thanks to a high level of anthocyanins.

Açai (Euterpe oleracea) pulp has been demonstrated to affect cell signaling, enzyme activity, maintenance of the oxidant and antioxidant balance, receptor sensitivity, gene regulation, and reduction in the production of pro-inflammatory cytokines, while restoring or maintaining functional cellular antioxidant status.

» Açai berries have long formed part of the diets of natives to Brazil. Trinidad and Norther Soudn America. Studies have shown them to be are rich in antioxidants such as anthocyanins.

» Their popularity as a health food has increased recently but there are few studies to definitively show benefits.

» The level of the benefit seen has been shown to reduce the risk of heart disease by 13%.

For the study, published in the American Journal of Clinical Nutrition, the researchers recruited 23 healthy but overweight men aged between 30 and 65. The trial was a one day intervention in which some of the men were assigned to consume a high fat breakfast with smoothies made with or without açai.

Six hours after consumption, the FMD improvements following açai consumption were 0.8%, compared with a decline in FMD of 0.3% in the control group.

A reduction of 1.4% may not seem like much but, previous evidence has shown that 1% improvement in FMD could reduce the risk of a cardiovascular event by 13%.

“To our knowledge, this trial is the first well-controlled acute intervention study in humans that shows actual benefits from consumption of açai with the use of a well-validated biomarker of CVD risk as an endpoint,” they wrote.

“The findings of this double-blind, randomized crossover study are therefore timely and important and suggest that consumption of açai as part of a balanced diet and a healthy lifestyle may improve cardiovascular health, which strongly supports arguments for the health benefits of açai consumption.”

More study is needed to see if this benefit can be maintained over a longer period.

The high antioxidant content of acai berries may have heart benefits. [Photo: Bigstock]