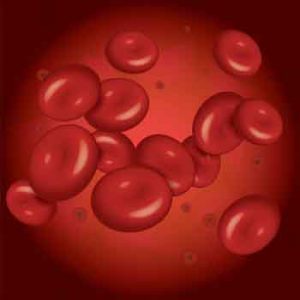 A supplement made from tomatoes could thin the blood as effectively as low-dose aspirin. {Image: Bigstock]

Natural Health News — A proprietary tomato extract has been shown to thin blood in healthy people – but less severely than aspirin and without typical side-effects.

The lycopene-free extract called Fruitflow tomato extract already carries a health claim, allowed in EU law, to benefit blood circulation. This new data suggests it may also be an appropriate natural alternative for use as a dietary antiplatelet.

The small study involved 47 healthy 45-75 year old Scottish adults the dosage varied with single doses of 65 mg and up to of 150 mg of Fruitflow (the maximum EU level) per day. The control group took 75 mg of aspirin per day an some took placebo. The two groups took Fruitflow in capsule form, aspirin or a placebo for two periods of seven days with a wash-out period of 14 days  in between. Throughout, various platelet measurements were taken.

Platelet plugs, the first step in the process of coagulation, or blood clotting, usually form within 50-100 seconds. In this study, the researchers found platelet plugs were formed within 100-150 seconds among Fruitflow users, compared to 300-600 seconds for aspirin users.

» Low dose aspirin is the drug of choice to help thin the blood and prevent the formation of clots.

» But not everyone can tolerate daily aspirin. The elderly are particularly susceptible to side effects such as indigestion, bleeding ulcers, hives, tinnitus and asthma.

» In this study a lycopene-free tomato extract was found to be just as effective and safer than aspirin at thinning the blood while producing fewer side effects.

» Researchers suggest we should be looking for more safe dietary interventions like this.

O’Kennedy notes that “Results like this show that people and the medical world should start looking at dietary interventions like these that can have a big impact.”

Because of this more gentle effect, Dr Kennedy and her team suggested Fruitflow could be a suitable dietary intervention to control a tendency towards blood clots which increases with age, the onset of type II diabetes, mellitus, atherosclerosis and other conditions in subjects with low cardiovascular disease (CVD) risk.

This study, in the European Journal of Clinical Nutrition, shows that tomato extracts could one day be used as alternatives to drugs like aspirin for blood thinning.

Getting the balance right in terms of platelet functionis always tricky.  Too little and the drug will not be effective, but too much can also have adverse effect on the body such as unintended bleeding that can sometimes lead to complications like stroke.

According to lead researcher Dr Niamh O’Kennedy, who works for manufacturers Provexis and, for the duration of this study, at the Rowett Institute of Nutrition & Health at the University of Aberdeen in Scotland, Fruitflow seems to work somewhere in the middle ground and points the way to more natural therapies to aid blood flow.

A supplement made from tomatoes could thin the blood as effectively as low-dose aspirin. {Image: Bigstock]