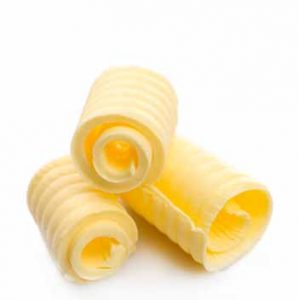 If you want to protect your heart don't avoid saturated fats but do avoid highly processed fats and carbohydrates. [Photo: Bigstock]

Natural Health News — The old assumption that dietary fat, and saturated fat in particular,  is unhealthy for most people is rapidly breaking down.

A new small study from Norway has concluded that the long-demonised saturated fat- found in meat and dairy – protect the heart rather than put it at risk.

In the randomised controlled trial, 38 men with abdominal obesity – generally considered to be a risk factor for heart disease – followed a dietary pattern high in either carbohydrates or fat, of which about half was saturated. Fat mass in the abdominal region, liver and heart was measured, along with a number of key risk factors for cardiovascular disease.

The very high intake of total and saturated fat did not increase the risk of cardiovascular diseases. In fact, according to the evidence published in the American Journal of Clinical Nutrition, diets based on either minimally processed carbohydrates or fats had strikingly similar health benefits.

» A new small study from Norway found that in men at risk of heart disease a high fat diet was as protective as a diet that included high levels of wholefood. They key, say the researchers, is that both the fat and carbohydrates in each diet were minimally processed.

» Public health would be better served, say the researchers, by omitting flour-based products, highly-processed fats and foods with added sugar.

“Participants on the very-high-fat diet also had substantial improvements in several important cardiometabolic risk factors, such as ectopic fat storage, blood pressure, blood lipids (triglycerides), insulin and blood sugar.” said professor and cardiologist Ottar Nygård, one of the authors of the study.

“We looked at effects of total and saturated fat in the context of a healthy diet rich in fresh, lowly processed and nutritious foods, including high amounts of vegetables and rice instead of flour-based products,” says PhD candidate and co-author Vivian Veum.

The sugar content of the diets was low and the fat sources, she added, were also minimally processed – mainly butter, cream and cold-pressed oils.

Total energy intake was within the normal range but even the participants who increased their energy intake during the study showed substantial reductions in fat stores and disease risk.

“Our findings indicate that the overriding principle of a healthy diet is not the quantity of fat or carbohydrates, but the quality of the foods we eat,” says PhD candidate and co-author Johnny Laupsa-Borge.

Saturated fat has been thought to promote cardiovascular diseases by raising the so-called ‘bad’ LDL cholesterol in the blood. But even with a higher fat intake in their study, the authors found no significant increase in LDL cholesterol. Rather, the ‘good’ cholesterol increased only on the very-high-fat diet.

“These results indicate that most healthy people probably tolerate a high intake of saturated fat well, as long as the fat quality is good and total energy intake is not too high. It may even be healthy,” says Nygård.

These findings add to others which show that the alleged health risks of eating good-quality fats have been greatly exaggerated. It may be effective for public health to encourage reductions in processed flour-based products, highly processed fats and foods with added sugar.

If you want to protect your heart don't avoid saturated fats but do avoid highly processed fats and carbohydrates. [Photo: Bigstock]