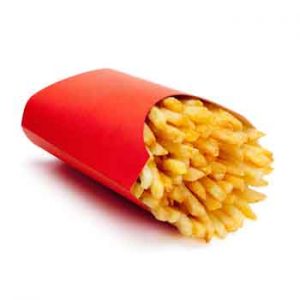 Natural Health News — In the West we have a love affair with fast foods. But, according to a new study, the packaging fast food comes in contains some highly toxic chemicals.

In a new study researchers at the Silent Spring Institute in Massachusetts have expressed concern over our potential exposure to per- and polyfluoroalkyl substances (PFASs) in food wrappers.

PFASs belong to the same family as Teflon. The ability of these synthetic chemicals to resist oil, water, heat, and stains, has made them valuable ingredients in a wide range of products; from outdoor gear, carpets, furniture and firefighting foams to cosmetics, dental floss, microwave popcorn bags, and non-stick cookware.

» Perfluorinated chemicals (PFASs) like Teflon, have long been linked to human health problems.

» While some older types have been phased out and replaced with newer versions, there is no evidence that the newer ones are any less harmful – and all PFASs accumulate in the environment and in the human body.

» A new study has shown that almost half of all fast food packaging tested contained PFASs – including some types that have been ‘phased out’ for such purposes.

» The scientists warn that this is a health risk.

Previous research has shown these chemicals can leach into food.

Evidence that they are harmful to human health has accumulated for years. According Laurel Schaider, a research scientist and environmental chemist at the Silent Spring Institute, some of the most compelling data comes from studies of people who drank water contaminated with them.

The most notorious case involved around 75,000 people living near DuPont’s Washington Works plant in West Virginia were exposed to perfluorooctanoic acid (PFOA, or C8), the chemical used to make Teflon, in their drinking water for decades.

Problems in paper and cardboard

The team collected over 400 samples of wrappers from fast food restaurants in the US during 2014 and 2015.

They then used a novel technique called particle-induced gamma-ray emission (PIGE) spectroscopy to analyse samples for total fluorine. Almost half of the food contact papers and one fifth of cardboard contained detectable fluorine.

The team studied 20 samples in more detail, using liquid chromatography-mass spectrometry. Six of the samples contained PFOA (C8). Although this chemical has been phased out in the US, although is still produced in other regions.

The most commonly detected types of PFASs were carboxylic acids – such as PFOA and its six-carbon sister compound perfluorohexanoate (PFHxA) – sulfonic acids and fluorotelomer sulfonates. Meanwhile, many samples contained “unknown” PFASs.

All PFASs are highly resistant to degradation and stay in the environment for a long time. For this reason many environmentalists and health advocated believe that these highly fluorinated chemicals are not sustainable and should not be used in compostable products or any product that might end up in a landfill.

PFASs also remain in the human body a long time. They bind to specific proteins in the liver and blood and because they are structurally similar to fatty acids they also bind to key receptors in the body which are responsible for lipid metabolism and cell differentiation. The upshot of all of this is that PFASs have strong links to liver disease, high cholesterol, insulin resistance and weight gain. In animal studies they have been linked to tumours and developmental delays.

“These chemicals have been linked with numerous health problems, so it’s concerning that people are potentially exposed to them in food,” says Schaider.

The new study is published in Environmental Science and Technology Letters.