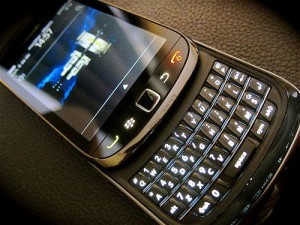 We may be absorbing more radiation from our mobile phones than previously thought [Image: Enrique Dans - Wikimedia Commons]

Mobile phone safety – what can we believe?

Natural Health News — The safety of mobile phones has come under scrutiny again with the publication of two new reports.

In the first, industry guarantees of mobile phone safety have come under fire with a new report showing that safety testing greatly underestimates the amount of radiation our bodies absorb from mobile phones and wholly fails to predict the risk to children who absorb substantially more microwave radiation from phones as do adults.

The review paper published in the journal Electromagnetic Biology and Medicine reports that cell phones used in the shirt or pants pocket exceed FCC exposure guidelines and that children absorb twice as much microwave radiation from phones as do adults.

The existing mobile phone certification process determines how much radiation we absorb using a plastic model of the head called the Specific Anthropomorphic Mannequin, or SAM.

SAM was modelled on the heads of the top 10% of US military recruits, as of 1989 and therefore fails utterly to represent the 97% of mobile users who are not men with large heads.

The paper, titled Exposure Limits: The underestimation of absorbed cell phone radiation, especially in children, notes that the industry-designed process for evaluating microwave radiation from phones results in children absorbing twice the mobile phone radiation to their heads, up to triple in their brain’s hippocampus and hypothalamus, greater absorption in their eyes, and as much as 10 times more in their bone marrow compared to adults.

The paper provides a history of how exposure limits have been developed over several decades and provides a useful summary of health effects of mobile phone radiation (in humans, animals and human cells) reported in science papers.

Its authors, who work for the Environmental Health Trust, which also supplied funding for the paper, stress the urgent need for more relevant certification processed and propose a more comprehensive computerised system that relies on anatomically based models of people of various ages, including pregnant women.

The new model they say, would better determine the absorbed radiation in all tissue types, and can account for the increased absorption in children. It allows for cell phones to be certified with the most vulnerable users in mind – children – consistent with the “As Low As Reasonably Achievable” (ALARA) approach taken in setting standards for the safe use of radiological devices.

This report comes at the same time as a large study in Denmark, published in the British Medical Journal, which claims that there is no link between long-term mobile phone use and cancer. Campaigners have criticised the study on several grounds.

First of all the study implies that it is looking at long-term users when in fact the maximum confirmed use period looked at during the 18-year study was only seven years and the minimum was as little as one year. Long-term study is crucial when looking at the incidence of brain tumours, because cancer can take decades to develop.

Second, the study excludes business users who were by far the heaviest users in Denmark in the 1990’s. This removed those at highest risk of tumours, severely inflating the apparent risk of non-mobile users with whom they were compared.

Finally, the researchers classified people who started using mobiles after the study began as ‘non users’. Each of these aspects of the study distorted the findings by greatly diminishing the difference in risk between mobile users and non-users.

Campaigning group Powerwatch comment: “This misleading study has many flaws and serious confounders and should not give anyone reassurance that mobile phone use is not associated with an increase in brain tumours. In our opinion the paper should not have been published in this form – it should have failed peer-review. We recommend that it is disregarded as low quality science.”

In addition the BMJ study did not include children and as the Environmental health Trust report reminds us, children are uniquely vulnerable to radiation.  Indeed official response to the BMJ reports still recommends limiting children’s use of ‘safe’ mobile phones.

We may be absorbing more radiation from our mobile phones than previously thought [Image: Enrique Dans - Wikimedia Commons]