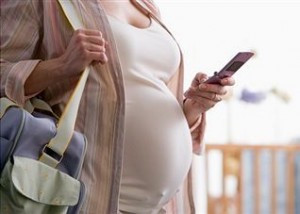 Child obesity link to magnetic field exposure in the womb

To study the effects of magnetic fields on child health, researchers asked 1,063 pregnant women in Northern California to carry a meter measuring the levels of magnetic fields they were exposed to throughout the day. The women were monitored between 1996 and 1998.

Magnetic field level or strength is measured in mG, or milligauss, using a  device called a gaussmeter.

The 733 children that were born to these women were then followed for up to 13 years, to collect clinically recorded information on growth patterns. On average, 33 weight measurements per child were collected.

According to the findings, published in Scientific Reports, a publication of the journal Nature, the higher the exposure to magnetic fields in the womb, the higher the risk of obesity or being overweight.

The study controlled for a child’s age at each weight measurement as well as for other factors that can influence overweight is children such as such as gender, the mother’s age when she gave birth and her pre-pregnancy BMI, race, education level, smoking during pregnancy and breastfeeding.

Even after all this, there was a 50% increased risk of a child being overweight or obese or overweight with medium in utero levels (1.5-2.5 mG per day over the course of pregnancy) , and an 84% increased risk for high levels (greater than 2.5mG per day). What is more, the longer the children were followed, the stronger the association became.

To test their conclusions, researchers examined a range maternal factors, prenatal factors, childhood factors that could explain the observed association. None of these they said could explain the observed association. And even taking these things into account, compared to those with the lowest exposure to magnetic field those with the highest exposure had a 69% increased risk of being overweight or obese.

Our exposure to man-made electromagnetic fields has exploded in the last few decades and this, say the researchers could go some way toward explaining the rapid rise in childhood obesity during the corresponding decades.

“These findings indicate that electromagnetic fields, from microwave ovens to countless wireless devices, may be contributing to childhood obesity risk” said De-Kun Li, MD, PhD, a perinatal epidemiologist with the Kaiser Permanente Northern California Division of Research in Oakland, California, and the lead author of the study. “This finding could have implications for possibly reducing childhood obesity and better understanding the obesity epidemic. Like any scientific discoveries, the results need to be replicated by other studies.”

EMFs classified as carcinogens and more

In fact, this study follows previous work from Dr Li (and others) that showed electromagnetic fields may impact pregnancy outcomes and childhood diseases including asthma. An earlier study by Li also linked EMF’s with miscarriage. Higher EMF levels have also been associated with diabetes in humans, being overweight and high glucose levels in animals, and ADHD in mice offspring.

“Pregnancy is a critical developmental stage that is among the most vulnerable periods to environmental exposures,” Dr Li said, adding that environmental impacts tend to be amplified during fetal development both in terms of affecting multiple organ systems and producing long-lasting changes to physiology, such as to the endocrine systems and hormone receptors.

It can be hard to know what levels of magnetic fields we are exposed to each day. Figures are complicated further by the fact that levels of exposure drop off with distance. However as the information below shows certain devices we use every day can emit startlingly high magnetic fields.