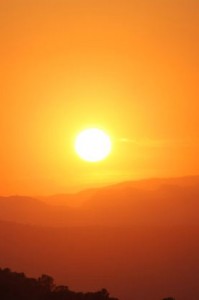 Get some sun to help reduce risk of uterine fibroids

Natural Health News — Women who had sufficient amounts of vitamin D were 32% less likely to develop fibroids than women with insufficient vitamin D, according to a study from researchers at the US National Institutes of Health.

Fibroids, also known as uterine leiomyomata, are noncancerous tumors of the uterus. Fibroids often result in pain and bleeding in premenopausal women, and are the leading cause of hysterectomy.

The participating women were screened for fibroids using ultrasound. The researchers also used blood samples to measure the primary circulating form of vitamin D, known as 25-hydroxy-D in the women’s blood. Those with more than 20 nanograms per millilitre of 25-hydroxy D were deemed to have “sufficient” levels, though some experts think even higher levels may be required for good health.

In this study, however, only 10% of black women and 50% of white women had levels of 25(OH)D regarded as sufficient. Those with sufficient vitamin D had an estimated 32% lower risk of developing fibroids compared with those with vitamin D insufficiency

The body can make vitamin D when the skin is exposed to the sun, or vitamin D can come from food and supplements. As part of the study participants also completed a questionnaire on sun exposure. Those who reported spending more than one hour outside per day also had a 40% decreased risk of fibroids.

Although fewer black than white women had sufficient 25-hydroxy D levels, the estimated reduction in prevalence of fibroids with adequate sun exposure was about the same for both ethnic groups.

“It would be wonderful if something as simple and inexpensive as getting some natural sunshine on their skin each day could help women reduce their chance of getting fibroids,” said Baird.

Lead researcher Donna Baird, PhD, a researcher at the National Institute of Environmental Health Sciences (NIEHS), also noted that, though the findings are consistent with laboratory studies, more studies in women are needed. Baird is currently conducting a study in Detroit to see if the findings from the Washington, D.C., study can be replicated.

“This study adds to a growing body of literature showing the benefits of vitamin D,” said Linda Birnbaum, Ph.D., director of NIEHS and the National Toxicology Program.