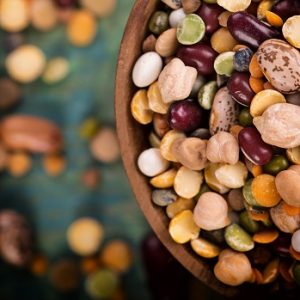 Natural Health News — Chronic inflammation is involved in triggering a range of serious diseases, but closer attention to diet could help treat this problem.

Controlling inflammation is crucial to human health according to an article by a panel of experts published in the British Journal of Nutrition. The scientists explains how nutrition influences inflammatory processes and help reduce the risk of many chronic diseases.

Although the inflammatory response is a normal and crucial component of the body’s defenses, unresolved chronic inflammation is an important dysfunction that may promote a range of chronic diseases. Preventing and controlling low-grade chronic inflammation is an important health goal and one, say the researchers, that can be achieved through a healthy diet.

They explain that the Western-style diet, rich in fat and simple sugars but  poor in specific micronutrients,  is linked to the increased prevalence of diseases with strong immunogical and autoimmune components. These include allergies, food allergies, atopic dermatitis and obesity.

» Chronic inflammation is a health prole which, if left unaddressed can lead to a variety of so-called’ modern diseases including obesity, diabetes and heart disease. Two recent studies have addressed the dietary prevention of inflammation.

» In one report UK researchers say that the Western Pattern Diet, which is generally low in nutrients and fibre but high in fats and sugars is a key trigger of chronic inflammation

» In a second report Chinese researchers show that adding soluble fermentable fibre to the diet not only reduces hunger it helps to control the process of inflammation as well.

A balance of nutrients needed

“Inflammation acts as both a friend and foe, being essential in metabolic regulation, with unresolved low-grade chronic inflammation being a pathological feature of a wide range of chronic conditions including the metabolic syndrome and cardiovascular diseases,” explained lead author, Prof. Anne Marie Minihane, University of East Anglia in the UK.

The nutrition status of the individual with deficiencies (or excesses) of certain micronutrients (e.g. folate, vitamin B12, vitamin B6, vitamin B1, vitamin E, zinc) may lead to an  excessive inflammatory response.

In particular studies have shown that high consumption of fat and glucose may induce post-prandial inflammation (manifesting itself after the consumption of a meal), which may have consequences for the development of diabetes and cardiovascular diseases. The authors advocate a diet rich in nutrients as key to reducing the risk of many chronic diseases.

Attention to fibre intake may also be helpful as a different recent study has shown.

Plant foods including grains and cruciferous vegetables, but above all legumes, are rich in this type of fermentable soluble fibre. The researchers note that α-GOSs are of particular interest due to the way they seem to increase satiety and thereby reduce energy intake. They suggest this is due in part to a combination of the lower energy-density of high fibre foods and also the need to chew high fibre foods for longer.

Hunger, desire to eat, and subsequent energy consumption were lower in the three α-GOSs groups than in the control group, which is good news by itself. But in addition the concentration of plasma endotoxin, an inflammatory marker linked to weight related disease, was significantly lower after 15 days of α-GOSs intake amongst all 3 groups consuming the soluble fibre, suggesting increased intake may be a fairly simple way of helping to combat diet related inflammation.