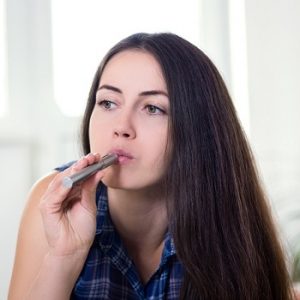 Early use of e-cigarettes and other cigarette alternatives can lead to smoking later in life. [Photo: Bigstock]

Tobacco alternatives may lead to increased tobacco use

Natural Health News — The increasing use of alternative tobacco products, such as water pipes and e-cigarettes, by children under the age of 18 is a burgeoning public health crisis, according to a new report.

In a commentary that coincides with the UK’s Stoptober campaign – a month-long drive to help people stop smoking – US researchers write:

» E-cigarettes and other tobacco ‘alternatives’ are popular amongst young people -many of whom mistakenly believe they are safer than cigarettes.

» However evidence shows that tobacco alternatives contain numerous harmful substances and their use can also feed addictive behaviour that can lead to smoking later in life.

» Researchers are now calling for much stronger regulation of alternative smoking products.

The commentary by published in the Journal of the American Medical Association (JAMA), highlights, amongst other research, a paper on the use of alternative tobacco products by young adults published earlier this year in JAMA Pediatrics.

That paper looked at 1596 young adults aged 15 to 23, including 1048 who had never smoked prior to the study. The study authors showed that use of water pipes, also known as hookahs, and other alternative tobacco products is associated with a 2.5 times increase in later cigarette use.

“The findings … corroborate what many of us in the public health field are tremendously worried about,” says says commentary co-author Michael Weitzman, MD of NYU Langone Medical Center

Public health specialists consider cigarette smoking to be a pediatric disease since nine out of 10 adult smokers started smoking as children.

Although cigarette use overall has decreased by 33% in the past decade in the United States, the use of alternative tobacco products such as hookahs has increased an alarming 123%, with nearly 20% of high school seniors smoking hookahs.

Dr. Weitzman says this increase can be attributed, in part, to a general unawareness of the dangers of alternative tobacco products by the public, the medical community, and the media.

There is, he says, a misperception that alternative tobacco products are safer than cigarettes, even though the evidence says otherwise.

“Other researchers have demonstrated that a typical 45 minute hookah session is equivalent to smoking as many as five packs of cigarettes,” Dr. Weitzman says.

“Nicotine is the most addictive substance,” Dr. Weitzman adds. “The use of alternative tobacco products by children can be the beginning of an addiction that can lead to later cigarette use. Tobacco use is the leading preventable cause of death worldwide, causing more deaths than HIV, tuberculosis and malaria combined.”

In a study published last year in the journal Tobacco Control, Dr. Weitzman and colleagues discovered potentially hazardous levels of second hand smoke and other air pollutants, as well as evidence of nicotine, in New York City hookah bars. And, adds Dr Weitzman, water pipes in particular “are a terrible mechanism for spreading infectious diseases.”

The increasing popularity of alternative tobacco products threatens to undermine the gains seen in the last several years with the decline in cigarette use. So much so that the US Food and Drug Administration now proposes extending its tobacco authority to additional tobacco products, including e-cigarettes and hookahs, not already under the FDA’s authority.

Dr. Weitzman argues that the same tactics used to decrease cigarette smoking in the United States – taxation, education, and restrictions on advertising and sales to minors – need to be applied to alternative tobacco products and says, more research needs to be done to determine what is being burned and inhaled with these products.

Early use of e-cigarettes and other cigarette alternatives can lead to smoking later in life. [Photo: Bigstock]