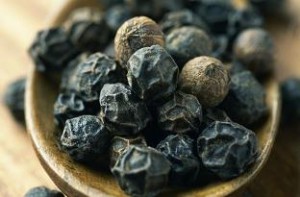 Natural Health News — Nicotine addiction is complex, but a simple whiff of essential oils may help put cravings in their place.

For the small pilot study, published recently in the Journal of Alternative and Complementary Medicine, 20 people who were daily users of nicotine products (cigarettes, snuff, or chewing tobacco) were asked to try aromatherapy instead.

They divided into two groups and instructed to place a drop of an essential oil (either black pepper or angelica) on a tissue and inhale this for two minutes – about the length of time it takes to smoke a cigarette – when they felt the urge to smoke, dip or chew tobacco.

The test subjects were asked to report on their experiences.

Although both essential oils effectively curbed cravings, they provoked different reactions. Participants reported that the intensity of their cravings dropped more dramatically after inhaling black pepper then they did with angelica.

But inhaling angelica meant the participants in this group were able to delay their next nicotine hit for longer than those in the pepper group.

“We kept black pepper and angelica separate for the research, but if I were recommending these essential oils to someone trying to quit smoking, I would tell them to use both,” says Barbara Cordell, PhD, RN, a certified clinical aromatherapy practitioner and dean of nursing and health sciences at Panola University in Texas.

Cordell believes the difference can be pinned on the essential oils’ different properties; black pepper is a stimulant, while angelica has calming properties.

Aromatherapy, or course, is not a miracle cure but the results of this study suggest that the strategic use of aromatherapy oils could play a part in helping smokers quit.

The affordability and wide availability of essential oils puts aromatherapy’s contribution to kicking a tobacco habit within reach of most people.

In addition essential oils do not produce the adverse effects that are associated with things like nicotine replacement products. These include skin irritation, sleep disturbance (such as insomnia and nightmares), headache, dizziness, heart palpitations, dyspepsia, nausea, hiccups, muscle pain, anxiety, irritability and poor concentration – as well as a poor success in helping wean users off nicotine addiction.

Fragrance chemicals are widely used in cigarette manufacture, mostly to make secondhand smoke more acceptable to others. But of course smokers are exposed to these as well and will associate them with the perceived pleasurable experience of smoking.

Likewise aromatic vapours are used in e-cigarettes with or without nicotine. But the liquid medium they are contained in includes dubious chemicals like propylene glycol (PG) and/or polyethylene glycol 400 (PEG400). In fact a 2009 FDA report found that samples from two leading brands of e-cigarettes contained carcinogens and other hazardous chemicals, including diethylene glycol, which is found in antifreeze.

A more recent report from the School of Public Health, Drexel University, Philadelphia group concluded that if the vapours from e-cigarettes it were an emission from industrial process, the chemicals in them would “ justify surveillance of health among exposed persons.”

Simple aromatherapy eliminates these risks – though we have no long-term studies to show how successful they are in helping smokers quit over the longer-term.

Previous studies have suggested benefits from both angelica and black pepper. Interestingly we could find no studies testing the essential oil of tobacco absolute as an aromatherapeutic aid to quitting, though some smokers anecdotally report it is helpful.

As Dr Cordell says:  “We’re just beginning to understand how they work and why they work, but we know they work.”