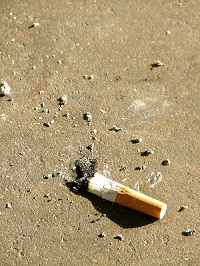 A large analysis has shown that alternative therapies have a substantial role to play in helping smokers who want to quit [Image: Morguefile]

Natural Health News — The use of alternative therapies, including acupuncture and hypnotherapy, can be a substantial help for those wanting to quit smoking, say Canadian researchers.

Acupuncture and hypnosis have been promoted as drug-free ways to help smokers kick the habit. While the researchers, writing in the American Journal of Medicine, say they are unclear how alternative therapies work – and whether they are any ore effective over the long run than conventional methods – alternatives should still stand as options for smokers determined to break the habit.

“But some people are not interested in medication,” he said, adding that in many cases the standard therapies had not worked. “Then I think we should definitely recommend [acupuncture and hypnosis] as choices.”

For more on this topic see our Q&A: Natural support to stop smoking

A large analysis has shown that alternative therapies have a substantial role to play in helping smokers who want to quit [Image: Morguefile]