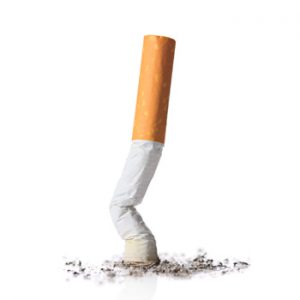 Mindfulness meditation can be a useful way of strengthening your will to stop smoking. [Photo: Bigstock]

Want to quite smoking? Meditation may help

Not interested in medication-based treatments to help you stop smoking. Why not try meditation instead.

Nicotine replacement therapies end up putting the same addictive chemical you are trying to get away from into your system and not all studies show that this is effective in the longer term.

This could be because, as recent brain scanning studies have shown, that smokers have less activity in areas associated with self-control.

Behavioural training such as mindfulness meditation, on the other hand, may be effective at treating the problem in the mind – where self-control begins. It’s something to beat in mind as health authorities and charities gear up for this year’s Stoptober.

Starting in the mind

Early evidence suggests that exercises aimed at increasing self-control, such as mindfulness meditation, can decrease the unconscious influences that motivate a person to smoke.

In a recent review of addiction research, the reviewers conclude that, while the desire to stop is usually a requirement for enrolling into stop smoking programmes, with mindfulness meditation and similar interventions, the intention to quit smoking is not always necessary to reduce cigarette cravings. For this reason it may help make quitting easier.

» Nicotine-based treatments, used to aid quitting smoking, expose smokers to the same addictive chemicals that cigarettes do and also don’t address parts of the brain associated with addiction and self-control.

» Mindfulness meditation has been shown to change brainwave patterns in areas of the brain associated with craving and self-control.

» Although more research is needed, meditation is emerging as a potential non-drug method to help smokers quit or reduce their smoking – even if they have no strong desire to quit.

Integrative body-mind training such as mindfulness meditation has other benefits as well, said the reviewers. It has also been shown to reduce levels of the stress hormone cortisol, as well as increase immune reactivity. Specific changes in the brain have also been identified, showing stronger connectivity between regions linked to cravings and self-control.

This area of research is throwing up some interesting findings that point to the usefulness of mind-body approaches such as meditation for dealing with cravings and addictions.

In one study researchers from Yale recently found that a 4-week mindfulness training programme was more effective as a treatment for addiction for smoking than the American Lung Association’s ‘gold standard’ treatment (which includes a series of support group sessions).

Over a period of 4 weeks, on average, people saw a 90% reduction in the number of cigarettes they smoked-from 18/day to 2/day and 35% of smokers quit completely. In a four-month follow-up over 30% maintained their abstinence.

Results of a 2013 brain imaging study suggest that mindful attention reduced the craving to smoke, and also that it reduced activity in a craving-related region of the brain.

In another 2013 brain imaging study, researchers observed that a 2-week course of meditation (5 hours total) significantly reduced smoking, compared with relaxation training, and that it increased activity in brain areas associated with self-control.

In an earlier study, neuroscientists also found that after just five 20 minute sessions of a mindfulness meditation technique, people had increased blood flow to an area of the brain vital to self-control, the anterior cingulate cortex. After 11 hours of practice, they found actual physical changes in the brain around this area.

Although rigorous research on the use of meditation for addiction relief is still in its infancy, the results show great promise for binge eating disorder and substance abuse relapse prevention.

Mindfulness meditation can be a useful way of strengthening your will to stop smoking. [Photo: Bigstock]