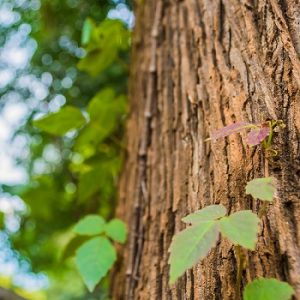 Oedema is a major risk factors of deep vein thrombosis (DVT) and can result from lack of activity or being confined in a small space, like an airplane or car, for long periods of time. Those who are overweight, smoke, have high blood pressure or are taking the combined contraceptive pill or hormone replacement therapy (HRT) are most at risk.

DVT can be painful and, given the risk of a blood clot, it can be dangerous as well so finding ways of controlling it are important.

» In a study of frequent travellers taking Pycnogenol before and after flight reduced lower leg swelling (oedema) and helped relive symptoms of jet lag.

» These findings support those of previous studies suggesting the herbal extract may be useful to those taking long-haul flights or road trips where they may be sitting in cramped conditions for long period of time.

For the he study, published in Minerva Cardioangiologica, the Italian research team tested 295 people at varying risk levels for thrombosis, flying in economy class twice a week for more than eight hours. Participants were divided into three groups – a control group, a group wearing compression stockings and a group supplementing with Pycnogenol. These participants supplemented with 150mg of Pycnogenol daily during the three days leading up to their travel, and the three days following.

The supplement dose in this study was 150 mg per day delivered in three capsules per day. Supplementation started three days before the flights and stopped three days after the second flight.

Study participants were tested using D-dimer tests to detect blood clots and ultrasound scanning to study vein compression before and after each flight. Results show that those who supplemented with Pycnogenol experienced greater reduction of oedema in the lower legs and ankle circumference compared to control groups.

There was also a significant decrease in leg pain after flights (6% in those taking Pycnogenol compared to 19 and 17% respectively in the compression stocking and control groups).

Pycnogenol is powerfully antioxidant and decades of research has shown it can boost blood circulation and act as a natural anti-inflammatory. This new study supports previous research – much of it performed by the same Italian team, linking the extract to better conditions post-travel, such as reduced venous thrombosis​​ and improvements in jet lag symptoms​​.